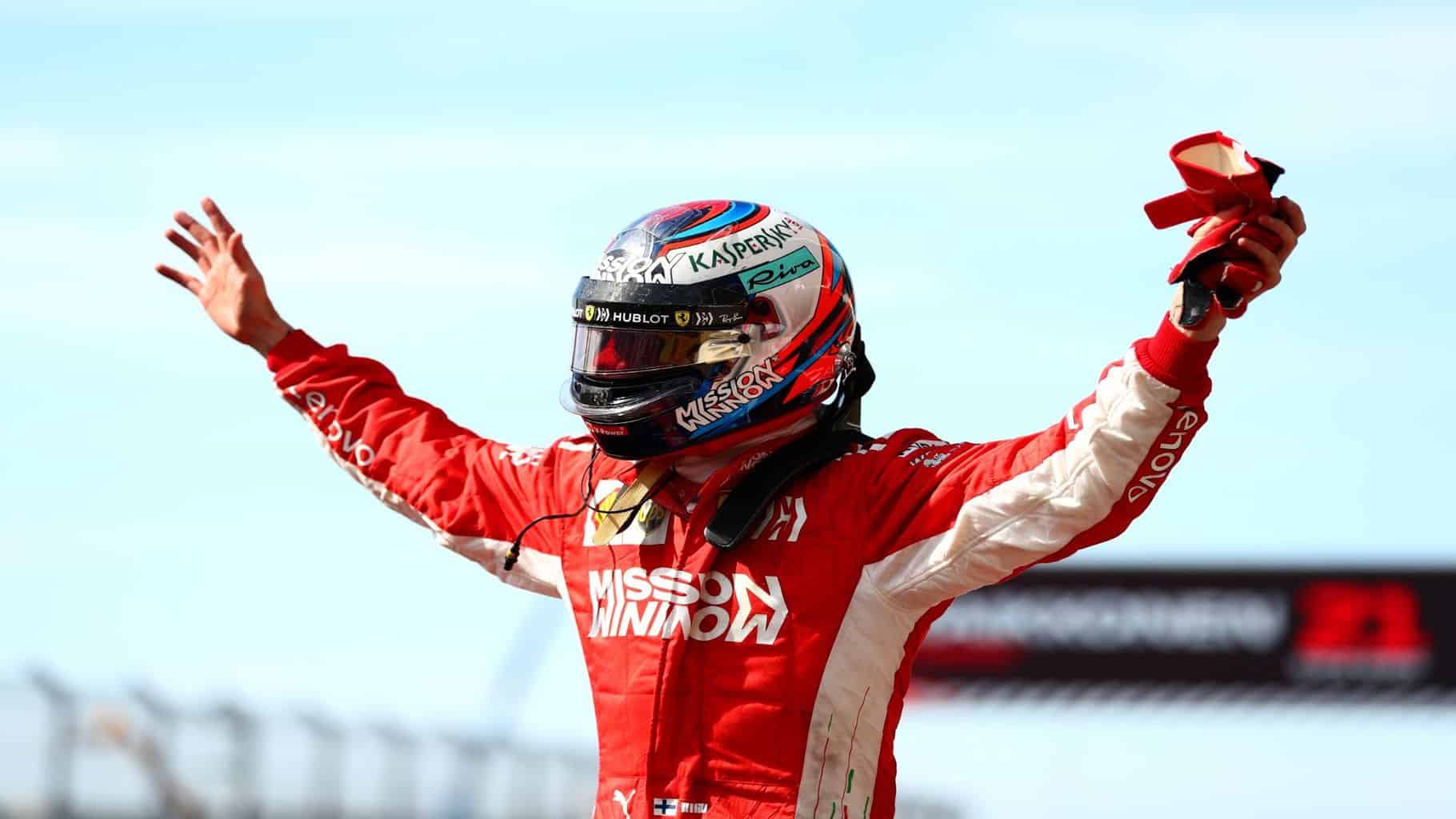 Picking up where we left off in part one of this 2007 F1 season retrospective, we come to the end of the summer break and the start of the second half of the season.

Although there was on track action in the next two rounds  at Turkey (won by Felipe Massa) and Monza (won by Fernando Alonso), the real story in the sport was what was going on in the court room.

The McLaren Spygate scandal was a gigantic deal that is arguably the single biggest reason why McLaren fell to the very bottom of F1 in the years following 2007. I’m not going to go over the entire story here simply because that could be an entire article in its own right (this video is an excellent breakdown of the whole saga), but here are the essentials of the story:

The result of all of this was announced in the week following Monza, right before Spa: a disqualification of the McLaren entry in 2007, which meant the team would not receive credit for any points in the Constructor’s Championship, in addition to a $100 million fine. The fine still stands as the largest in the history of organized sports, and the disqualification ending up costing all prize money as the team would have won the Constructor’s Championship that season, which would probably be over at least $50 million at the time.

Contrary to Dennis’ statement in the video, the de la Rosa email in section 3.21 of the leaked FIA report that revealed that the Ferrari employee outright told the McLaren engineer when Kimi Raikkonen would pit at Australia was about as much of a smoking gun as could be.

Due to the driver’s immunity, both Alonso and points leader Lewis Hamilton were not deducted driver points as a result of the scandal, but there was one biggish issue for them. At Spa that weekend, Raikkonen took his second straight victory at the circuit to close the gap in the driver points to 13 from Hamilton and 11 from Alonso with just three races remaining.

There was still a lot of confidence in the McLaren camp, even amidst all of the drama, that one of their drivers would get the job done.

F1 tends to only have one or two really wacky races in a season. With Montreal and the Nurburgring already meeting that quota, the chances of another one seemed really unlikely. And even then, Ferrari would really need a couple to be able to overcome at least an 11 point gap, along with the luck that would come with Raikkonen scoring solid points in both of them.

Well, there was bad news for McLaren but there was also good news. The bad news was that the next race was the Japanese Grand Prix, a very wet race with a lot of crashes and action. The good news was that Hamilton won, Alonso crashed, and Ferrari’s hubris with the rules ended up costing them quite a bit at the start. Raikkonen was able to snag third, but with two races to go in the season, and in a points system where 10 points was the max a driver could gain in a singular race, here were the point standings following Fuji:

This meant that all Hamilton had to do was finish second to clinch the championship at Shanghai, at the Chinese Grand Prix. Most importantly for McLaren, a sixth by Hamilton would at least clinch a McLaren driver taking home the championship.

Hamilton qualified on pole. Alonso made headlines by being so frustrated qualifying seven tenths of a second off of Hamilton that he threw his helmet at the McLaren garage wall and punched an office door off of its hinges. Alonso was supposed to be the lead driver at McLaren, the new Spanish Michael Schumacher. Instead, he had been completely shown up by his rookie teammate the entire season, and was about to watch him clinch the championship a race early. And there seemed to be nothing he could realistically do about it except punch doors and tell the media that McLaren was conspiring against him with tire pressures.

Was the McLaren team favoring Hamilton? If they were, could you really blame them at this point? Considering the ultimate result of the season, I honestly don’t think they could be biased if they even wanted to.

Hamilton led on merit until lap 28, when he was passed by Raikkonen as his intermediate tires wore down in the drying track. This was not a disaster, as Hamilton could still win the championship by just finishing second to Raikkonen. Easier said than done, I know, but this is Hamilton we’re talking about. Even as a rookie, he had been incredibly consistent all season long. He hadn’t even had a DNF in his entire career so far. There was no reason to think he couldn’t-

The Iceman won the race, Alonso ended up second and Hamilton retired after getting beached in that gravel trap.

Entering Interlagos, the final race of the season, the points were rather elementary.

Hamilton had the points advantage, needing only a fifth place finish to secure the championship. Alonso seemed to finally be coming into form in the second half of the season, finishing on the podium in every race following the summer break with the exception of his early retirement in Japan. But Raikkonen had scored nine podiums in the last ten races, only being off of it after a retirement at the Nurburgring. All three were considered to have a very legitimate chance, but Hamilton was still the favorite due to his point advantage.

In qualifying, Massa took the pole and Hamilton qualified second. Brazil was once again a day of good news, bad news for McLaren. The bad news was that Ferrari had the clear pace advantage in the race, with the top two finishing almost a full minute ahead of third. Raikkonen would win this race after passing Massa with 21 laps to go during the final pit stop cycle, so that meant that Alonso was a non-factor in the championship.

The good news is that none of this mattered. All Hamilton needed was a clean race, no mistakes, and he’d be more than likely fifth on track and a champion.

Hamilton eventually got going again but could only finish seventh and was lapped on the final lap, meaning that Raikkonen had clinched the championship after Massa had crossed the line a second and a half later. After a year in which McLaren had actually built a super reliable car (remember, Shanghai was Hamilton’s lone DNF of the season), their old habits died hard right when it mattered the most.

Raikkonen would race for Ferrari through the 2009 season, helping to win another Constructor’s Championship in 2008 and finishing sixth in driver points in 2009.

After a brief sabbatical, Raikkonen returned to F1 in 2012 with Lotus F1, the rebranded Renault team. Two wins in two seasons and a third place finish in driver points in 2012 led to a five year return with Ferrari from 2014 to 2019.

His final career victory in F1 came in the 2018 United States Grand Prix, and he’d retire from F1 after 2021. His last two seasons in F1 came with Alfa Romeo, a rebranding of the Sauber team he started his career with. To this day, Raikkonen’s Driver’s Championship is the most recent one for Ferrari, and the 2008 Constructor’s title is also the most recent championship for Ferrari.

Actually, that’s a bit of a lie. Ferrari won the 2008 driver’s championship with Massa, who won it in style in his native Brazil with a big race victory.

"IS THAT GLOCK?!" 😱@LewisHamilton won his first world championship after a dramatic final lap in Brazil! 🍿#BrazilGP #F1 pic.twitter.com/WaqkYa4Hq7

The racing gods decided in 2008 that they had done Hamilton dirty in 2007, and made it up to him in dramatic fashion. That 2008 driver’s championship was the only one that Hamilton would win for McLaren (and to date the most recent championship for McLaren), with the rest of his four year tenure fraught with those classic McLaren reliability problems.

In 2013, Hamilton shocked the world with his move over to Mercedes, and with the introduction of the turbo hybrid era in 2014, the Britain became the poster boy for a Mercedes dynasty.

The Silver Arrows won eight straight constructors’ championships from 2014 to 2021, and Hamilton would win six driver championships in that time frame. Hamilton ascended from being a singular champion with a lot of potential to the greatest driver of all time in those years. Hamilton became the only driver to score 100 or more F1 wins in his career, and tied Schumacher’s record for most championships with seven.

There are no buts or ifs in racing, but it should be stated that Hamilton almost certainly wins the 2007 championship without either the Shanghai wreck or the system failure at Brazil. He would have thus broken Schumacher’s record with his 2020 championship instead of simply tying it.

Hamilton has said in interviews that he still hasn’t fully gotten over 2007. Still, even without a championship, Hamilton was able to accomplish easily the greatest rookie season in F1 history that year; he still holds the records for most podiums (12), most consecutive podiums (nine) and most points (109) scored by a rookie, in spite of the 25 point system being introduced in 2010.

Alonso’s tenure at McLaren ended almost as soon as the 2007 season did, albeit with a handicap: McLaren blocked Alonso from joining a top team in 2008. After two years with Renault once again in 2008 and 2009, Alonso would take Raikkonen’s seat at Ferrari and finished second in the 2010, 2012, and 2013 point standings to Vettel.

After leaving Ferrari following 2014, Alonso would largely vanish from the top of the grid. He spent four years racing once again for McLaren, this time in a car largely nowhere near contention.

Alonso retired from F1 following 2018, making two more attempts the coming years at the Indianapolis 500 after his cameo in 2017.

He won the 24 hours of Le Mans in 2018 and followed that up with an overall championship in WEC competition the next year. He repeated as Le Mans winner once again in 2019, and also won a Rolex in the 24 hours of Daytona. After only doing one rally race and Indianapolis in 2020, Alonso returned to F1 in 2021 with Alpine. It marked his third tenure at the rebranded Renault team.

We are back. #f1 pic.twitter.com/oK6bfbG5WB

Alonso is still regarded as a fantastic driver and even in his 40’s, few question his talent. But 2007 was absolutely a turning point in his career, and his rivalry with Hamilton continues on even to this day.