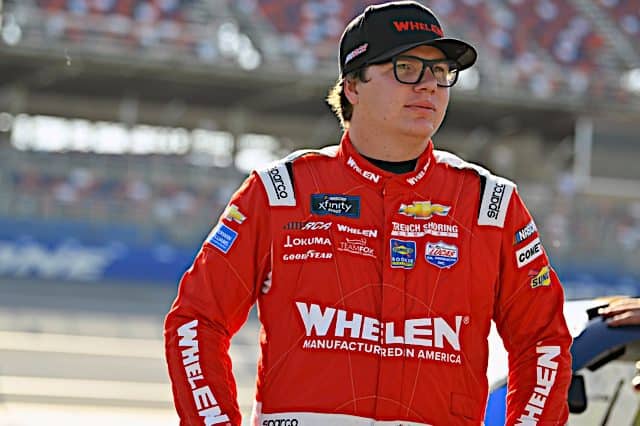 Sheldon Creed is back in the NASCAR Xfinity Series in 2023 with Richard Childress Racing, RCR announced Nov. 2.

Whelen Engineering will as sponsor of the No. 2 Chevrolet.

“It’s been a dream come true to drive for a legendary car owner such as Richard Childress, and I truly appreciate my relationship with Peter and everyone at Whelen Engineering,” Creed said in a team release. “My goal is to go out and win races and championships for RCR and Whelen, and to continue to showcase their American-made products to race fans throughout the country.”

Added RCR’s Torrey Galida: “We commend Whelen Engineering for their commitment to auto racing and look forward to continuing to build on the customer- and community-focused marketing platforms we have built together.”

In the 2022 Xfinity season, Creed has earned four top fives and 12 top-10 finishes heading into the season finale at Phoenix Raceway.

He’s the first driver to be announced to RCR’s Xfinity program for 2023. His teammate, Austin Hill, has not yet been announced as back with the organization.