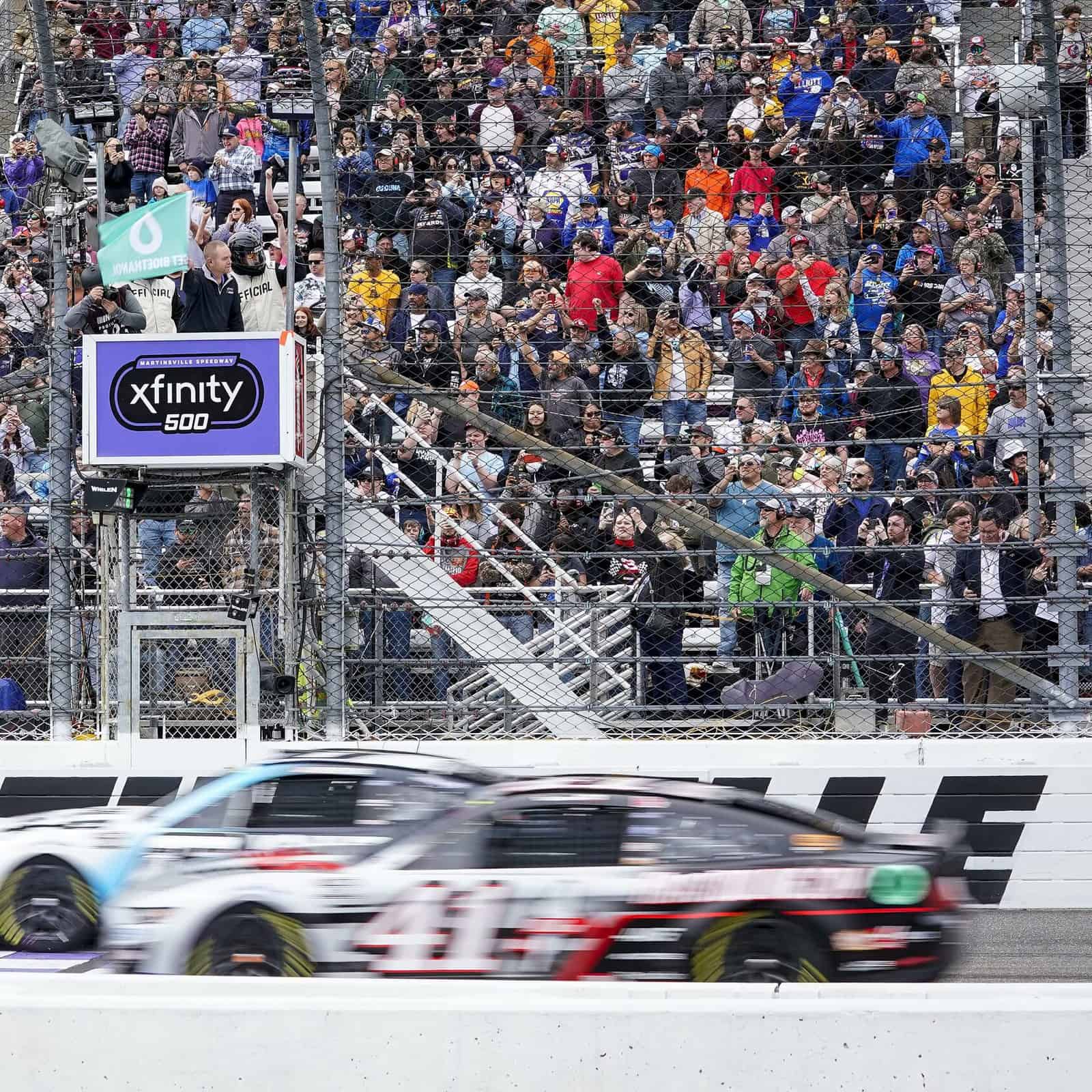 Between the cutoff race at Martinsville and sponsoring the Xfinity Series Championship race at Phoenix Raceway, it’s a week full of events for the brand and giving them

“I look at those last two weekends with the Xfinity 500 and the Xfinity Series championship with back-to-back races as our moment,” Matt Lederer, vp brand partnerships for Xfinity, said in an August interview. “There’s not a brand in the sport that has more presence than we will.

“Last year, I had executives say, ‘Was that good that Alex [Bowman] and Denny [Hamlin] had that moment?’ I was like, ‘That was great. This is why we’re in this race because of the storylines coming out of it.’ And then you go right into the next week and we’re crowning a champion and the way the race ended last year was unbelievable. We feel that’s our moment and love being part of the championship battle.”

To prepare for Martinsville, Xfinity Rewards had been giving away grandstand tickets on a first come, first served basis to the Xfinity 500. Fans were able to stop at the Christiansburg, Va., Danville, Va., and Lynchburg, Va., locations to get tickets. Kevin Harvick, an Xfinity brand ambassador, made an appearance at the Danville Xfinity on race weekend. More free Xfinity 500 tickets were given away, while there was NASCAR swag and a food truck on site.

Over the course of the weekend, Xfinity hosted hundreds of Xfinity Rewards Customers, 24 of which were available for a VIP experience. Xfinity randomly selected two of its Rewards members with pre-race dignitaries of being the grand marshal and honorary starter for the Xfinity 500.

Safe to say, those responsibilities were a complete and utter shock to those Rewards customers, as they found out race morning.

“I watched Dale Earnhardt Jr. wave [the green flag] at the Daytona 500, so I want to attempt to do it like he did,” Brian Reynolds, a Danville native, said less than an hour before he waved the green flag.

Reynolds, an avid NASCAR fan that often cheers for Team Penske, ranked that honorary as one of the most memorable things he’s ever done in regards to racing. He recalled in 2015, being able to climb in the passenger side of a car and do 25 laps with Kyle Busch at his home track.

Prior to that, 21-year-old Tyler Keenan, native of South Boston, Va., had the responsibility of giving the command to start engines with George Shea, the voice behind the Fourth of July Nathan’s Hot Dog Eating Contest. Kennan, a laid back type of guy, needed to find his voice for the command. He leaned on his girlfriend to give him an enthusiastic pep.

“This is pretty cool,” he said.

Their mornings got started with a meet and greet with Harvick in an Xfinity suite. The 2014 Cup champion signed hero cards, while the Rewards customers received Xfinity 500 tumblers, victory lane hats and an Xfinity Series swag bag.

The Rewards members were treated to two fascinating races over the weekend, which began when Ty Gibbs wrecked his Joe Gibbs Racing teammate Brandon Jones for the win on the final lap in the Xfinity Series race.

On Sunday, Ross Chastain made a heroic last-lap charge, rim riding against the wall to pass five drivers and secure a spot into the Championship 4 race at Homestead. It was the fastest lap ever turned for a stock car at Martinsville.