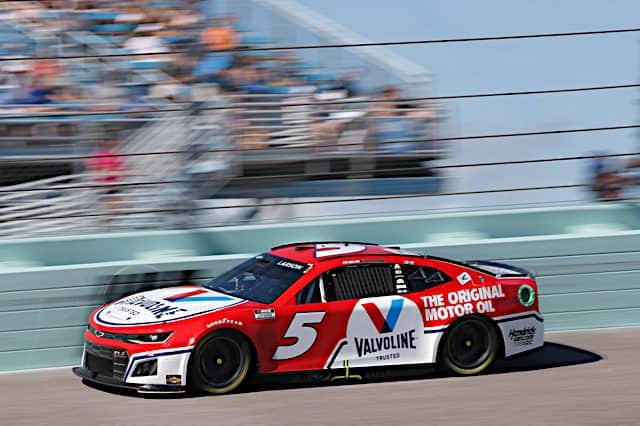 Kyle Larson snagged the pole for the Xfinity 500 at Martinsville Speedway with a 96.078 mph lap in the second round of qualifying on Saturday (Oct. 29).

His Hendrick Motorsports teammate Chase Elliott will start alongside him on the front row. Chase Briscoe slots in third, Ryan Blaney clocks in fourth and Cole Custer rounds out the top five.

Denny Hamlin, who had the fastest lap time in practice, starts just outside the top 10 in 11th. Joey Logano is just behind Hamlin in 12th, while the other two playoff drivers in the field had their struggles. Christopher Bell starts 20th and William Byron, the April Martinsville winner, will roll off 25th.