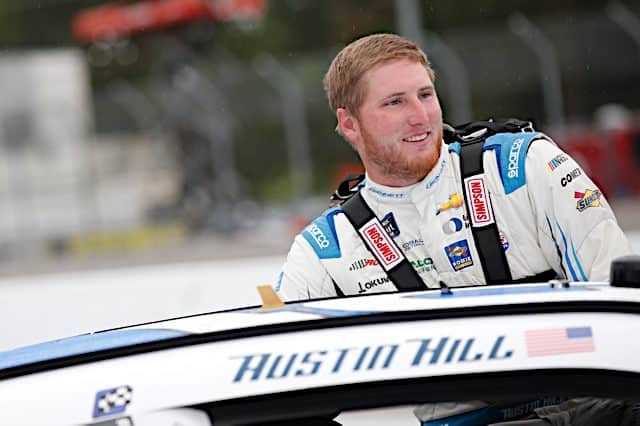 Austin Hill will drive for Beard Motorsports for six races in the 2023 NASCAR Cup Series season, the team announced Oct. 28.

“From the moment I started in quarter midgets back home in Georgia, racing in the NASCAR Cup Series has always been my goal,” Hill said in a team release. “I’m incredibly grateful to Richard Childress for giving me the platform to race and win in my first season in the NASCAR Xfinity Series, and for the opportunity the Beard family has provided me to run more races in Cup.”

“We’re a proud, family-run race team and these six races in 2023 are moments we’re really looking forward to,” Amie Beard, evp of Beard, said. “No job is too small here at Beard Motorsports, and if anyone can appreciate that, it’s Austin. He’s raced and run his own team and been successful. It’s helped make him a really good driver and an even better person and we’re thrilled to have him as part of our team.”

A Xfinity rookie with two wins for Richard Childress Racing this season, Hill made his Cup Series debut in RCR’s No. 33 car at Michigan in August, finishing 18th.

The news marks Hill’s first announcement of his racing plans for 2023. He has not yet been named back to RCR’s Xfinity team for next year.

Beard’s 2022 schedule consisted of both races at Daytona and Talladega with Noah Gragson behind the wheel, with the exception of the fall Talladega race where Justin Allgaier drove the car because Gragson was subbing for Alex Bowman. The organization’s best result of the year came at the second Daytona race, when Gragson finished fifth.