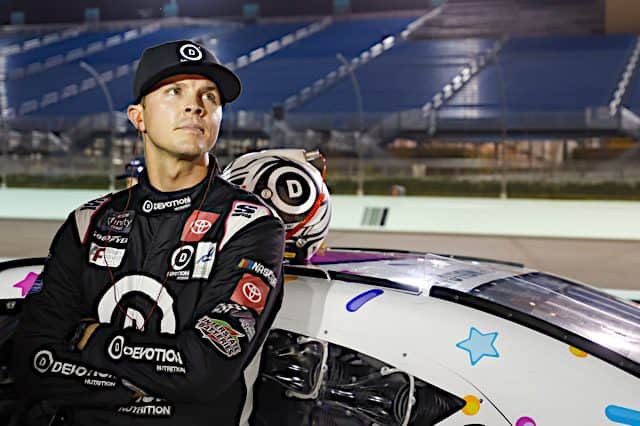 It’s been a successful part-time NASCAR Xfinity Series campaign for Trevor Bayne, and he continued his prowess by scoring the pole for the Xfinity race at Homestead-Miami Speedway with a speed of 166.667 mph in Friday’s (Oct. 21) qualifying session. It’s his second pole of the season in nine starts and the ninth of his Xfinity career.

Noah Gragson will join him on the front row despite being nearly two-tenths of a second slower. He will be gunning for his first win at Homestead in Saturday’s race after numerous heartbreaks at Homestead in the past. Ty Gibbs and Brandon Jones qualified in third and fifth, respectively, to give Joe Gibbs Racing a 1-3-5 start for Saturday afternoon. Sandwiched in between the JGR cars is Daniel Hemric in fourth; it’s his third top five start in the last five races.

Josh Berry (12th), AJ Allmendinger (13th) and Justin Allgaier (20th) were the three playoff drivers that qualified outside the top 10.

The Contender Boats 300 will take place on Saturday, Oct. 22 at 4:30 p.m. ET with TV coverage provided by USA Network.