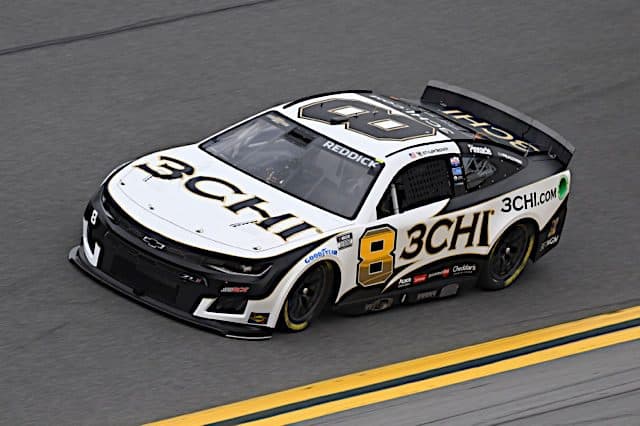 Tyler Reddick qualified on the NASCAR Cup Series pole at Kansas Speedway on Saturday (September 10), going 180.608 mph in the second round.

Reddick, who went 29.899 seconds, earned his second pole of the season and third of his career, beating out Joey Logano by nearly four-hundredths of a second.

Reddick mentioned to NBC Sports that his car “liked the top two-three grooves of the track.”

Logano joins the No. 8 on the front row, while Alex Bowman and Christopher Bell make up the second row. Ross Chastain rounds out the top five.

Ricky Stenhouse Jr. hit the wall during practice. He made a qualifying lap just to get the feel of the car. Stenhouse will start second to last (35th).

Aric Almirola did not make a qualifying lap due to a mechanical issue. He’ll start at the back of the field with Stenhouse.

All 36 drivers made the race, the second one in the Round of 16.