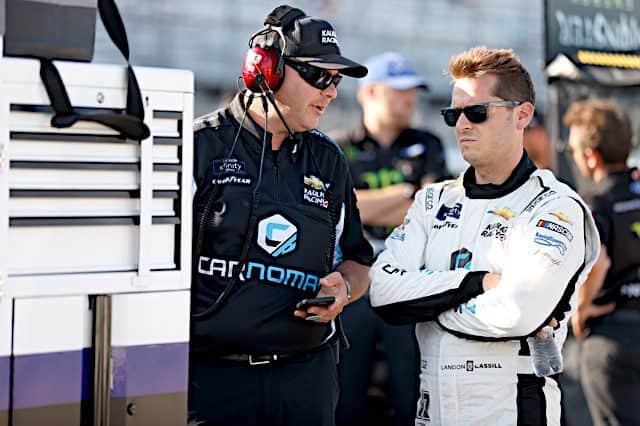 Landon Cassill and Daniel Hemric will swap crew chiefs in the NASCAR Xfinity Series, effective immediately, according to FOX Sports’ Bob Pockrass on Sept. 9 and confirmed via the NASCAR roster portal.

Former Hemric crew chief Alex Yontz will take over duties for Cassill, while Jason Trinchere will slide over to work with Cassill.

Both drivers are in their first year at Kaulig Racing. While teammate AJ Allmendinger has three wins in 2022 and is poised to win the regular season championship, Cassill and Hemric are winless through 24 races.

The move comes in anticipation of the Xfinity Series playoffs. With two races to go before the end of the regular season, Hemric is 54 points above the playoff cut line, while Cassill is 34 above.