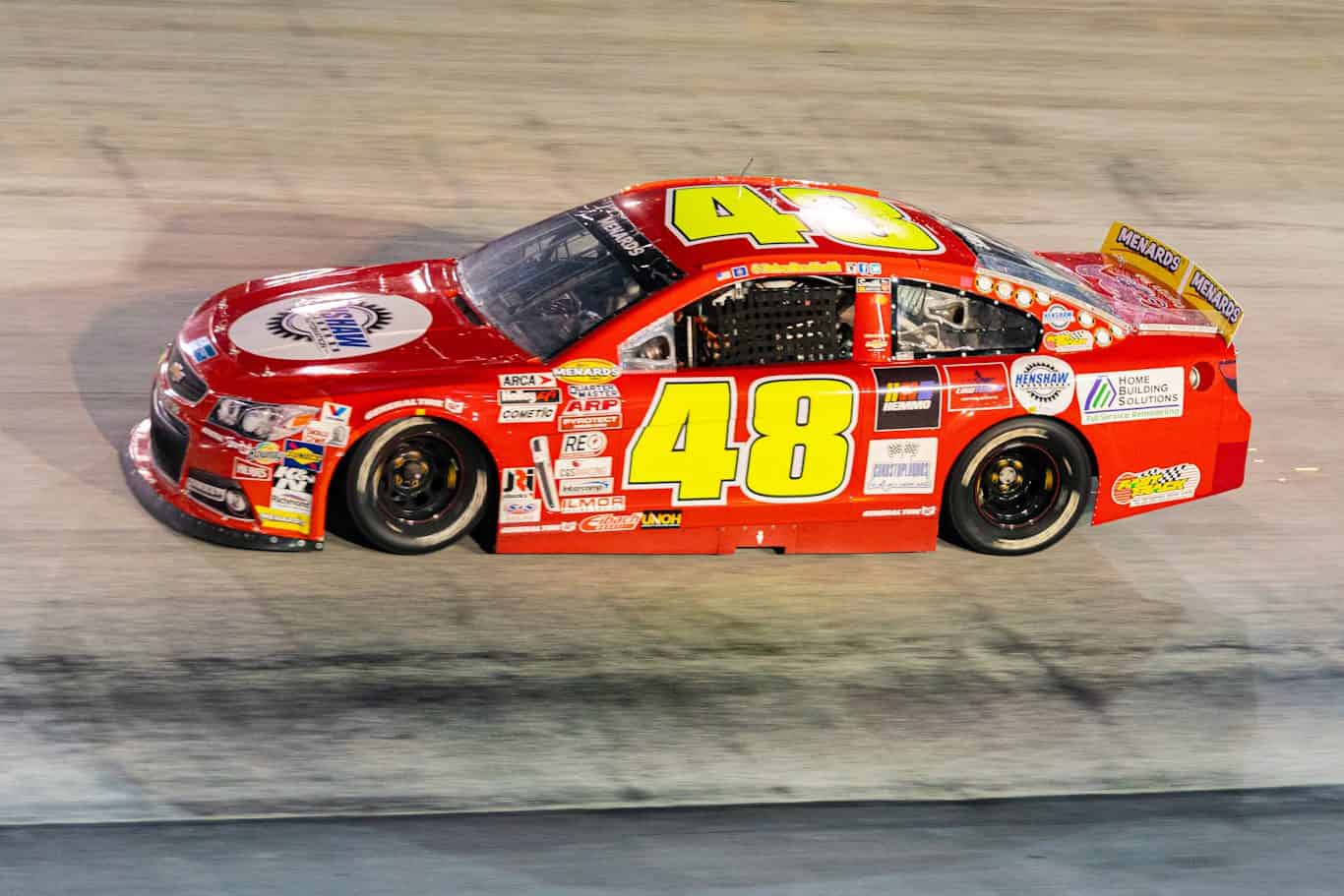 Brad Smith, driver of the No. 48 Henshaw Automation Chevrolet, during the Bush’s Beans 200 at Bristol Motor Speedway for the ARCA Menards Series in Bristol, Tennessee on September 17, 2020. (Jacob Kupferman/ARCA Racing)

Brad Smith will continue running full-time in the ARCA Menards Series in 2023, Smith confirmed to Frontstretch.

Smith will keep running his usual No. 48 for his own team, Smith Brothers Racing.

“We’ll be back until it’s not fun anymore or we run out of money, whichever comes first,” Smith said, “The running out of money, we’re always on the verge of that. But we find ways to keep coming. We’re just going to keep doing it until we can’t anymore.”

The 52-year-old doesn’t have any set sponsorship for next year, noting those will likely be race-to-race deals. In 2022, Smith’s sponsors have all been “last minute.”

Smith has driven one racecar this season, a Chevrolet, but he also owns two more cars. However, neither is race-ready yet, though the team is working on both.

Smith’s brother, Jeff, will continue serving as crew chief for an undetermined amount of races, specifically, “The ones he can come to.”

Jeff Smith has been atop the No. 48 pit box for 40 total ARCA-sanctioned events, including Brad Smith’s career-best performance of ninth place at Winchester Speedway in 2020.

During the week, it’s just the two Smith brothers working on the racecar.

Despite piloting only one car all year, Brad Smith has enjoyed a career-best ARCA campaign. He scored his second career top-10 finish with a 10th-place run at Berlin Raceway.

Smith is also in line to finish inside the top 10 in the ARCA championship standings for the seventh straight year. Additionally, the Shelby Township, Mich. native is fifth in the ARCA Menards Series East standings.

At the Milwaukee Mile, Smith joined 10-time ARCA champion Frank Kimmel as the only two drivers to make 400 career starts. With that milestone accomplished, Smith wants to have some more fun next year.

“Start all 20 of them. God, I’m hoping so [to have some fun]. It’s getting harder and harder to have fun doing this.”

Its easy to be in the top 10 in points when you only have 6 or so regular drivers who don’t wreck themselves out every week. Not sure how its “fun” to race and have to start and park because you have no crew. Prior to COVID, Morgan Shepard had 1 employee and worked on his car in his garage basically. Yet he would run or have Landon Cassil run the car and often times, hire a pit crew and run the entire race.

You obviously don’t have the heart of a racer if you’re “not sure.”