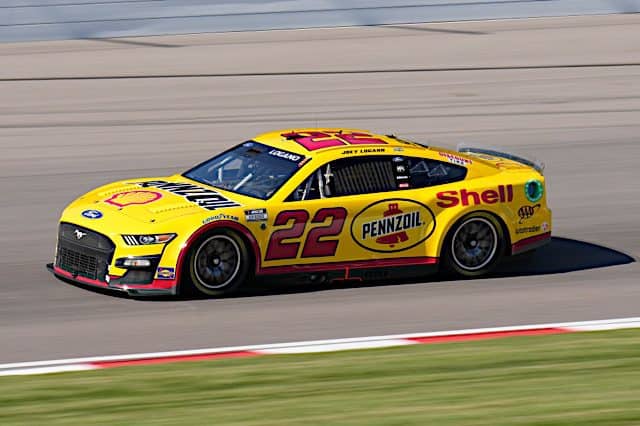 Joey Logano claimed the pole for the NASCAR Cup Series Southern 500 race at Darlington Raceway, posting a fast lap speed of 168.521 mph in the second round of qualifying Saturday (Sept. 3).

He edged out Christopher Bell and earned his second pole at Darlington this year. The last time a driver swept the poles at the Lady in Black was Sterling Marlin in 1992.

Bell starts next to Logano on the front row, while William Byron and Tyler Reddick begin third and fourth. Kyle Busch rounds out the top five.

Daniel Suarez was not allowed to qualify, as his car failed inspection three times. Additionally, he lost his pit stall selection, his car chief was ejected and the No. 99 Trackhouse Racing Team Chevrolet will have to perform a pass through at the start of the race.

The Cook Out Southern 500 is slated to get underway at 6 p.m. ET Sunday and airs on USA Network, the NBC Sports App, Motor Racing Network and SiriusXM NASCAR Radio.