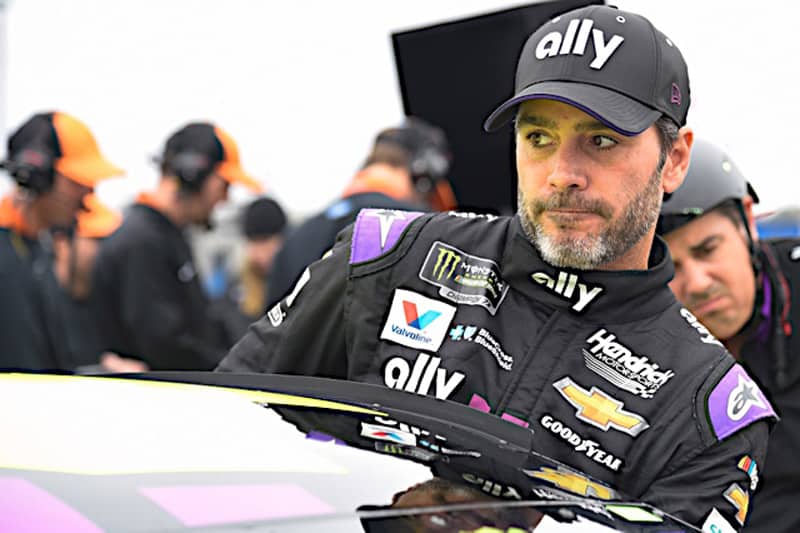 The name has changed, but NASCAR’s 10-race championship format has been a bone of contention among fans since 2004. Prior to that, the champion was determined in a simple (and, some would argue, more accurate) way: the driver with the most points at the end of the season won.

But in the early 2000s, NASCAR was booming, and for the first time in 30 years, had a new title sponsor as well as television partners. They all wanted those made-for-TV moments postseason play often sparks, so the Chase it was and the playoffs it is.

The rules have changed drastically since the postseason came into play, and that makes it hard, really hard, to compare championships over the last 20 years (let alone with the 55 years before). It began with a simple points reset for the top 10 drivers and a 10-race stretch for a champion to emerge while still using the Latford points system, to a new one-point system devised in 2011, to the multiple rounds and eliminations we have today.

They say in racing that sometimes it’s better to be lucky than good.

Over the long run, of course, being good is what wins races and positions drivers for a title. But Lady Luck has her role, too.

One place where she intervenes is the points reset. Before and after that, drivers have to be good, but the reset has made quite a few lucky … and killed the title hopes of some who were very good during the regular season.

In the 18 complete years when the title has been decided by the Chase/playoff system, the eventual champion has been the point leader after the 26th and final regular season race but before the reset just four times (Tony Stewart in 2005, Martin Truex Jr. in 2017, Kyle Busch in 2019 and Kyle Larson in 2021 for the stats people). Most of those have come since the playoff seedings are determined by wins and playoff points.

It’s also possibly because the drivers who won titles from 2004-2013, who are mostly Jimmie Johnson and Stewart with a sprinkling of Kurt Busch and Brad Keselowski, figured out they could spend a lot of the regular season basically testing, taking what they learned and blindsiding the field in the playoffs.

These champions weren’t doing it wrong, by the way; they were doing exactly what it took to win under the rules, and it worked to their favor. But someone decided that was almost as boring as a full-season champion and the current system was born.

Still, some drivers have been luckier than others when it comes to making gains at the reset under any system, and parlayed that into titles. Here are a few that stand out, in no particular order.

Many will contend that the current playoffs is based more on luck (and there very probably is more luck involved than in the Chase years or full season). But a strong playoff run will advance a driver through the rounds. If luck comes into play at the final hour, you can’t blame a driver for latching onto it to win a championship.

What makes the start to Logano’s playoffs remarkable is that while a 224-point deficit isn’t the biggest gap a driver has overcome in the final 10 races, it’s the largest since NASCAR shifted to the one point per position system — more than three full races’ worth at maximum gain.

While Logano’s position after the reset is actually one spot worse, it erased all but 36 points of the deficit, allowing Logano a fresh start that he used to race his way to the Round of 8. That’s where a win at Martinsville Speedway gave him a chance in the finale at Homestead-Miami Speedway, the underdog against three drivers (Kevin Harvick, Martin Truex Jr. and Kyle Busch) who combined to win 20 of the first 35 races.

The rest is history.

More on Gordon later, but even under the Latford system, 410 points in 10 races is a tall order. Here’s where strategy comes into play. At the time, making the cut was based entirely on regular season points. Johnson and his team used this criteria to their advantage better than anyone.

Making the cut was, obviously, a priority, but as long as they made it, it didn’t have to be pretty. Johnson never led the points before race 26, because his team was trying things that would give them an advantage in the postseason.

Nobody played the playoff game better.

With testing largely off the table, Johnson simply used the regular season races as test sessions for the championship run instead. It worked, and it worked well, as Johnson overcame pre-reset deficits of 272 or more points four times in his six Chase-format championships (Johnson’s seventh was won in the elimination-style format). He was within striking distance after 26 races in both 2006 and 2013, but he understood the playoff game better than anyone and it showed in his run of five straight.

Like Logano, Elliott benefitted greatly from the points reset, even though it didn’t give him the lead. Also like Logano, it put Elliott in position to avoid elimination and move through the early rounds. Wins on the Charlotte Motor Speedway road course and at Martinsville gave Elliott his shot at the Championship 4 while terrible luck for Harvick, despite a monster season, left the 2014 champion out of the picture.

This one’s separate from Johnson’s other titles because he wasn’t able to use the strategy that had served him during the Chase years. Still, Johnson locked down his playoff bid by the fifth race of the season, before a summer slump that made him seem like a non-contender.

Johnson also got lucky in the finale when the other three Championship 4 participants ran into trouble (and each other) late in the race. That’s part of just one race deciding the champion. But Johnson got a boost in getting there with that 184-point gain 10 weeks earlier.

When the championship system was changed to the current format in 2014, NASCAR added a long-overdue rule that allowed for an exception for injured drivers. NASCAR kept them eligible even if they missed races as long as they earned a win and kept a points position inside the top 30 (or earned enough points to make it through despite a winless year).

See also
NASCAR Mailbox: Is This the Year of the Playoff Spoiler?

Busch was badly injured in the Xfinity Series season opener in 2015 and missed the first 11 weeks of the Cup season. But he came back with a vengeance, winning four of five races over a stretch in June and July, and when the regular season ended, Busch was 25th in points and playoff eligible. Thanks to those wins, when the field was restacked, Busch was at the front of the pack, and he was able to carry that through to the title race and the championship for his first Cup title.

Without the injury waiver, Busch’s season would have been all but over literally before it started. But the rule gave him a chance, he met the criteria and then got a major lift at reset time.

Under any playoff rules, some drivers get a little luck on their plates thanks to the re-rack. Others, though, not so much. Interestingly enough, the two drivers who suffered the most big hits come reset time were veterans. Kevin Harvick has been the point leader at the end of the regular season four times only to have it erased. Jeff Gordon accounted for another three. Harvick has just one playoff title — and, ironically, Gordon led the points before the reset that year (2014). Gordon never won a title under any playoff system.

Let’s be clear: you can’t simply look at non-playoff standings at the end of the season and deduce who would have won, because at least some teams would have approached the year very differently (trying things for late in the season would not have been a major strategy move).

But a look into where the champions have sat before and after the resets is certainly a picture of how the sport has evolved in terms of what it takes to win a title. And these days, that does include a little luck when big leads and big deficits are erased. What the drivers do after that … well, it’s better to be good than lucky. Usually.