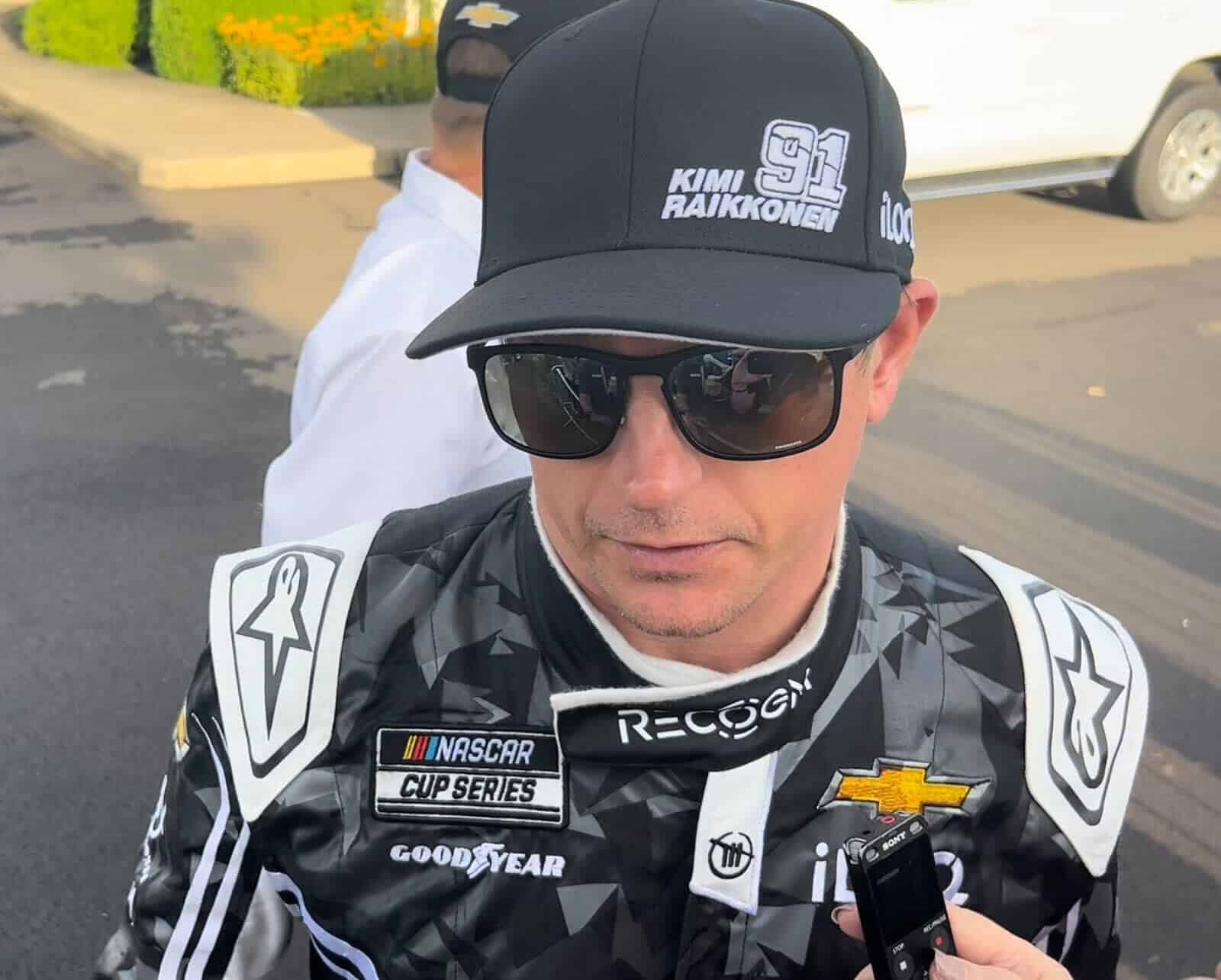 Raikkonen was the talk of the NASCAR Cup Series garage for the entire week leading up to Sunday’s (Aug. 21) Go Bowling at the Glen at Watkins Glen International. The 2007 F1 World Champion was announced in May as the first driver of Trackhouse Racing Team’s Project 91, a team designed to bring more international motorsports champions to the world of NASCAR.

Raikkonen had run as high as eighth in the race, during stage two. That stage also marked a big moment in the race, when he blocked Chase Elliott going through the esses and battled Elliott and Kyle Larson throughout the stage.

He had pitted just before the end of the stage and was told he would not need to save any fuel for the rest of the race.

But his day was over before it could really begin.

On the stage three restart on lap 45, a stack up in the inner loop between Austin Dillon and Raikkonen’s teammate Ross Chastain sent the former spinning. As the field checked up, Raikkonen ran into the back of Loris Hezemans and then into the tire barrier at the exit of the inner loop, destroying the front of the car enough to take Raikkonen out of the race.

”I don’t know what happened in front of the car,” Raikkonen said after being released from the infield medical center. “Had a good line going there and they all pushed right hand side and I kept high line.

”When they told me somebody spun in front of the cars that were there, everybody kinda came left and hit me on the side, and there was nothing I could have done…. Something went wrong in the wrist but I’ll fix it when I get home. It’s a part of the game.“

Raikkonen was credited with finishing 37th, a disappointing end to a day full of excitement and promise.