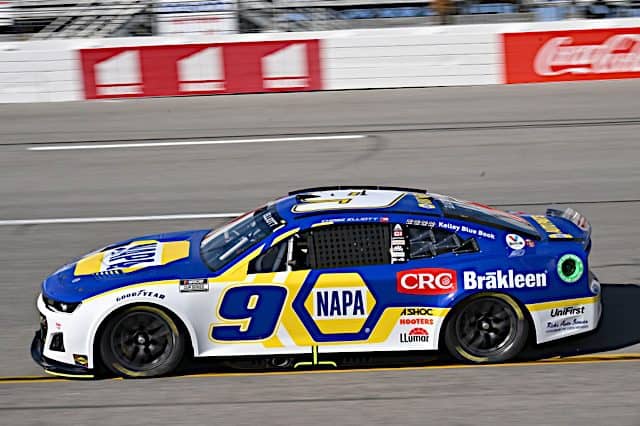 Chase Elliott is on the NASCAR Cup Series pole at Watkins Glen International, going 125.147 mph in qualifying’s second round on Saturday (Aug. 20).

Elliott was fast early in that second round and held the top spot as other drivers struggled through the bus stop section. He earned his 12th career pole and third of the year.

Elliott’s Hendrick Motorsports teammate Kyle Larson will start alongside him on the front row, while Michael McDowell and William Byron make up the second row. Tyler Reddick rounds out the top five.

There were some incidents in both practice and qualifying sessions. During practice, Ty Gibbs came out of the bus stop and slid over the curb, got loose and smacked the tire barrier. He was able to continue and made a lap in group B of qualifying.

Around the same time, Christopher Bell‘s engine expired. He’ll start at the back of the field, as the No. 20 didn’t make a qualifying lap.

During group A qualifying, Kyle Tilley spun around in the bus stop and into the wall but was able to keep going.