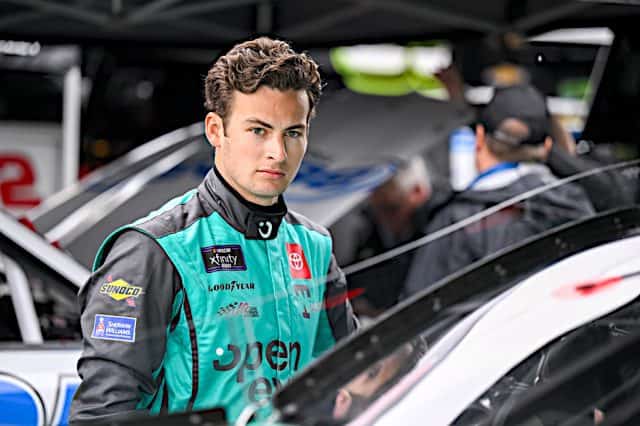 Mosack, a former winner at the Glen on the Trans-Am circuit, has already ran in a Xfinity Series race this season, logging a 28th-place finish in June at Portland International Raceway for Joe Gibbs Racing.

“I’m really excited for the opportunity to race with Sam Hunt Racing this year at Watkins Glen,” Mosack said in a team release. “Sam has a great group of guys, and I’m looking forward to working with them. Sam has competitive cars and if we can stay out of trouble in the race, I think we will be in a good spot at the end.”

“Connor is a great young man and a talented racecar driver, especially considering how late his racing career began,” team owner Hunt added. “I’m excited and proud to add him to our SHR driver roster. His personality, moral compass, and competitiveness fit in perfectly with our culture. We are all excited to get to work with him and continue his transition to the Xfinity Series.”

Mosack is set to have RadCats – an NFT and cryptocurrency-based sponsor – on the hood for his start at Watkins Glen.

Mosack also has a variety of starts made in 2022 in the ARCA Menard Series for BHR, scoring four top fives and six top 10s in six starts.