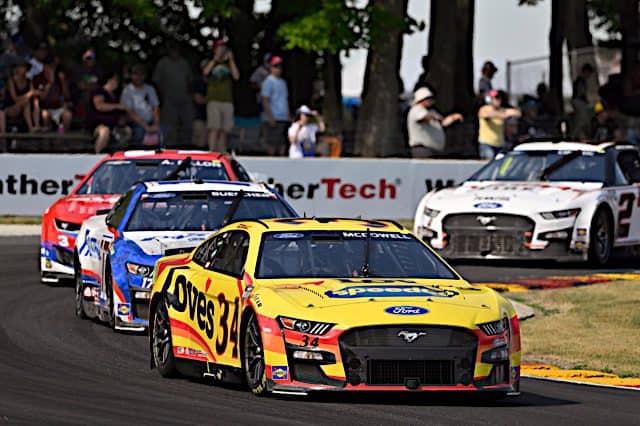 Michael McDowell‘s No. 34 Front Row Motorsports team has dropped its appeal to a L2 penalty it received one week ago after Pocono Raceway in the NASCAR Cup Series, the team announced Aug. 1.

“The team has made internal changes in its build practices to ensure the issues the leading to the penalties will not happen again in the future,” an FRM spokesperson said in a team release.

Harris has also been suspended for the next four events. Lead team engineer Chris Yerges will serve as the acting crew chief in Harris’ stead.

McDowell is fresh off of his ninth top 10 of 2022 after finishing eighth at the Indianapolis Motor Speedway road course. The Arizonian has also earned one top five so far this year and sits 26th in the series standings, 295 points behind the playoff cut line.