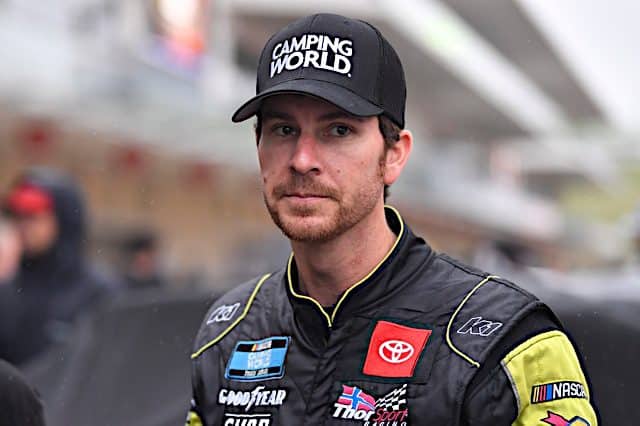 With a speed of 109.575 mph, Grant Enfinger topped the charts in the series’ first practice session at IRP in 11 years.

Enfinger turned his hot lap in the closing minutes of the session, and he beat an onslaught of Toyotas behind him. John Hunter Nemechek had the second-fastest speed in the session, while KBM teammate Chandler Smith, a two-time ARCA winner at IRP, was third.

The top three was followed by the ThorSport Racing pair of Ben Rhodes and Ty Majeski, who rounded out the top five.

Carson Hocevar led Niece Motorsports in practice with the sixth-fastest lap, while Matt DiBenedetto was the fastest of non-playoff drivers in seventh.

Hailie Deegan led all Ford drivers in eighth, while Matt Crafton and Johnny Sauter, two drivers in the field with previous Truck experience at IRP, rounded out the top 10.