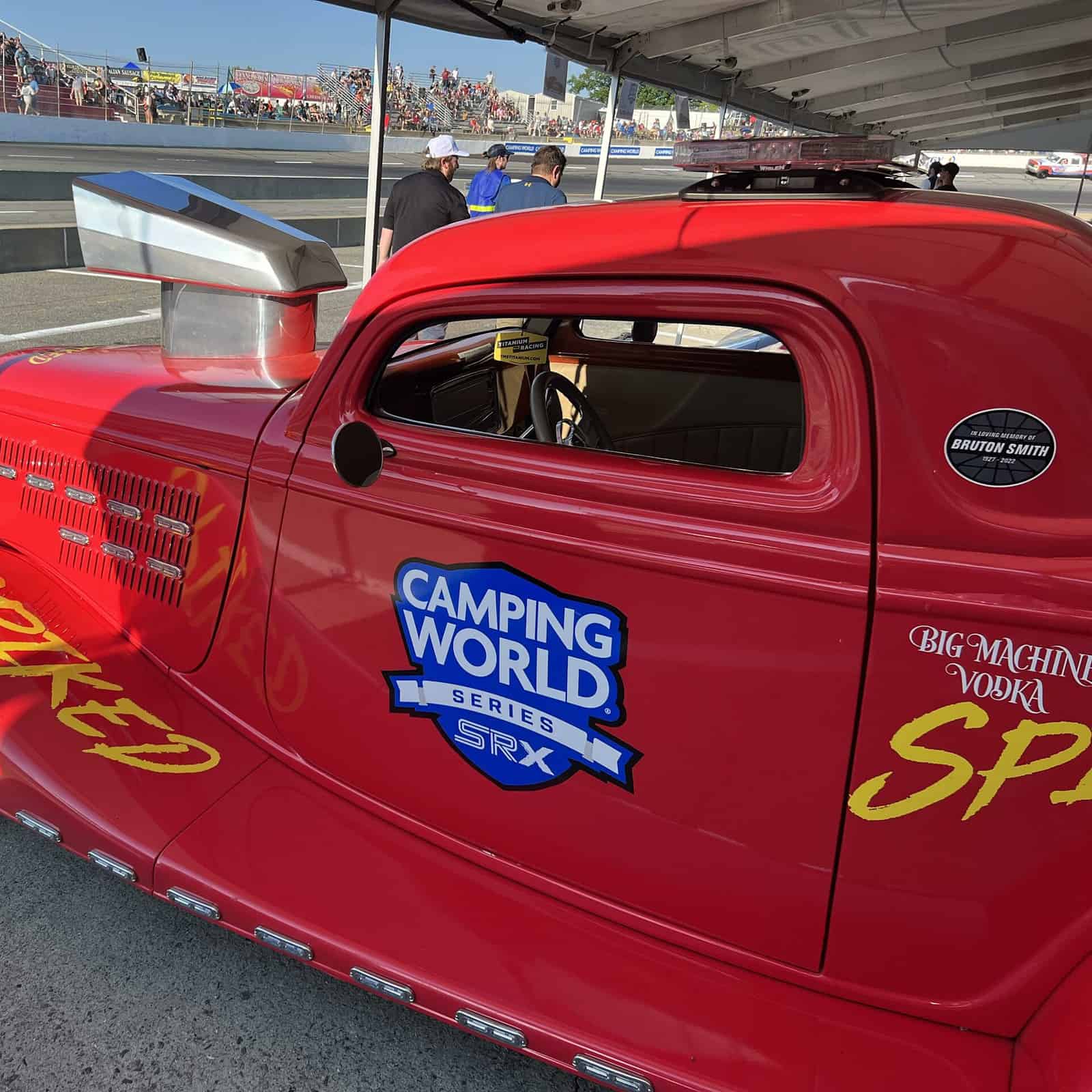 The fifth race of the 2022 Superstar Racing Experience (SRX) season, held at I-55 Raceway, was dominated by Tony Stewart for his third dirt win in as many tries. In the process, SRX experienced more of the same issues they had last year on dirt, while also highlighting some other ones in the series.

I can appreciate the idea of trying to get every driver to finish every race if they have a reasonable issue under caution. However, sometimes SRX really needs to just throw its hands up and give up on sinking ships.

Hailie Deegan had an engine issue right before the field was coming back to green, which extended the caution period for several laps and took a lot of green flag laps off the board. After spending a number of minutes trying to get Deegan’s engine cooled down, SRX finally went back racing with just 18 laps to go in the main event. Keep in mind the caution initially came out for debris some 20 laps earlier.

Somehow, that wasn’t the final caution of the night. The last 10 laps (in which only green flag laps count) had five yellows, primarily because Ryan Hunter-Reay and Tony Kanaan kept wrecking each other in the back. That could have led to some exciting restarts but Tony Stewart was so far above everybody else in the field in dirt racing. The only two drivers near his level either had a damaged race car (Ryan Newman) or were 67 years old (Ken Schrader).

The good news is it was a whale of a battle behind Stewart on all of those restarts. But does it really matter that much when the leader is a second ahead after one green flag lap? The good news is next week should give Stewart more competition; Ryan Blaney and Chase Elliott are NASCAR Cup Series drivers in their prime who may be able to close the gap in experience Stewart has over them in dirt.

To me, though it’s clear a potential season three of SRX cannot have dirt racing. There are just so many more great asphalt tracks in this country like Slinger Superspeedway or Salem Speedway or Elko Speedway to have these drivers compete on. Even a mess like Bowman-Gray Stadium would hold better events for this series, in my opinion, than dirt ovals do.

In other news, Marco Andretti finished a very impressive second. It’s his third straight runner-up finish this year in the features and has allowed him to claim the points lead with just one race remaining. It’s becoming harder and harder to write Andretti off from stock cars; he’s been actively campaigning for a while now to get a ride in the NASCAR Xfinity Series. Say what you will about the strength of the field in SRX but winning a championship against a recent Cup driver like Newman is definitely something to crow about.

While it took a while last year for Andretti to get going, he definitely picked up speed in the second half of the season (with the crown jewel being a big feature win at Slinger) and he’s parlayed that into overall success this year. The big question for Andretti, though, may end up being that move he made late at South Boston Speedway where he spun off Greg Biffle after making a late dive on the former Cup winner.

Andretti finished eighth in that feature and scored 10 points. Had he settled for third at SoBo, not only would that mean four straight feature podiums for Andretti, he would have scored 20 points. But he didn’t, so instead of entering Sharon Speedway with a 17-point advantage over Newman, he instead has a mere seven-point lead as per TobyChristie.com.

Five drivers enter Sharon with a chance at the championship, with the only true longshot being Biffle, who is down by 41 points. Bobby Labonte is 18 points back and is still within striking distance, but really has not shown the skill at dirt racing to be considered much of a factor. Stewart is down by 14 points and Newman an aforementioned seven.

It is impossible for Andretti to clinch after the first heat. He may be able to clinch after the second heat if he has a 25-point lead heading into the feature. If Andretti finishes second in all three races on Saturday night, he will clinch the championship regardless of where his rivals end up. It’s a long way away from last year, where Stewart clinched the championship pretty easily after the first heat at Nashville Fairgrounds.

Obviously, outside of the championship fight, the headlines for this race will be the battle of the Blaneys. Dave Blaney and son Ryan will race each other in effectively their backyard in Ohio while Ryan will be bringing buddy Elliott to the showdown as well as a guest driver. Those three, as well as Matt Kenseth and the nine regular drivers, make up the final 13-car field for the season.