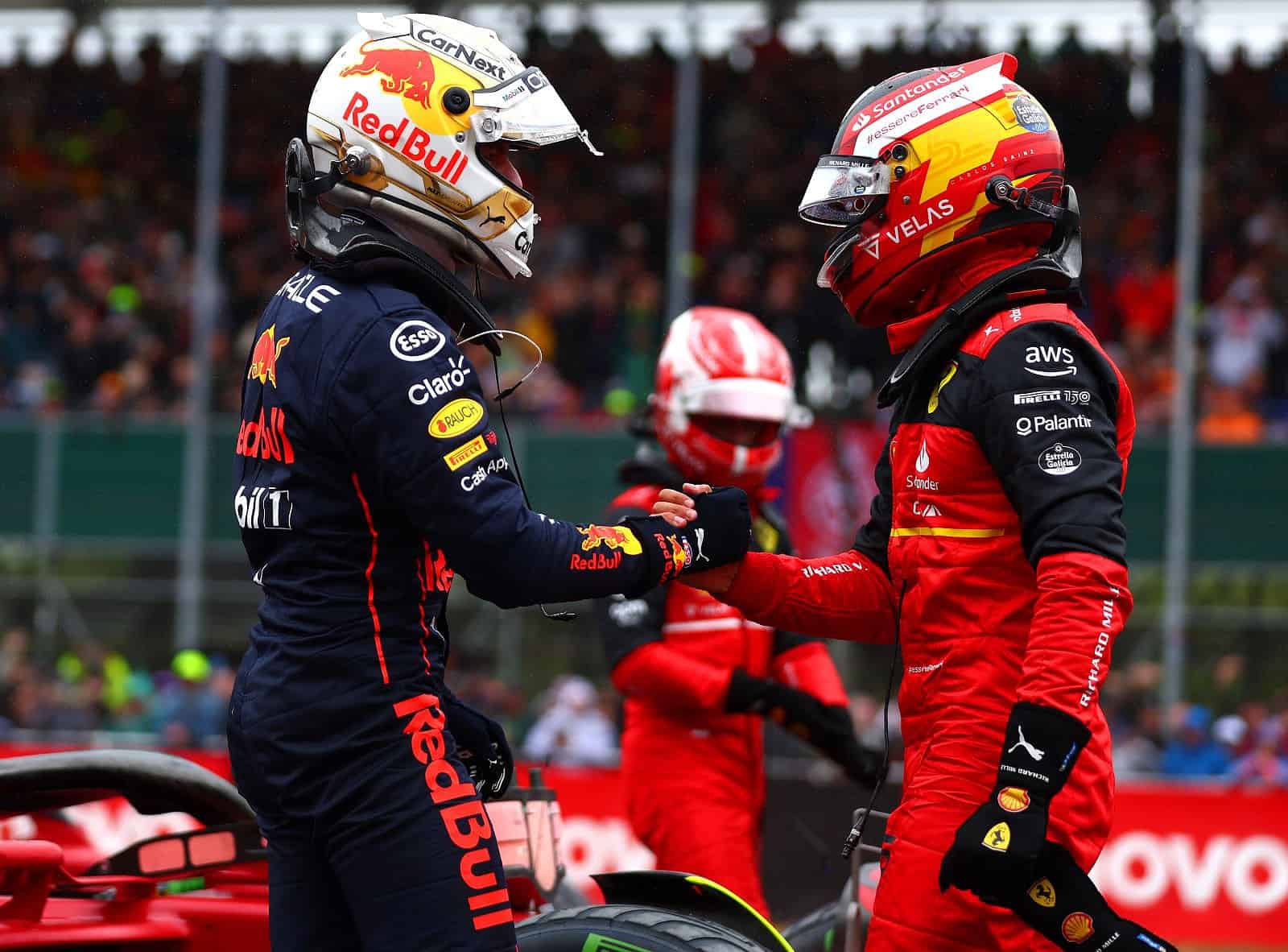 A happy Keanu Reeves looked on in the Ferrari garage as Carlos Sainz won his first career pole in a wet and miserable, but thrilling to watch qualifying session for the British Grand Prix at Silverstone Circuit.

The rain came in and out at the old English airfield, with drivers thus cycling in and out of the top of the grid throughout the hour.

Max Verstappen spun out with eight minutes to go in the session but was able to recover to qualify second. Charles Leclerc seemed to be on his way to a fast lap, but spun out in the final section of the track and was unable to improve on a time good enough for third. Sergio Perez will bring up the rear of the top two teams in Formula 1 this season in fourth.

The Mercedes drought of no drivers in the top three in qualifying continued, with Lewis Hamilton qualifying fifth and George Russell eighth for their home race. Another Britain, Lando Norris, qualified sixth while Fernando Alonso will start seventh in a race where he may set the new record for most distance driven in an F1 race.

Two surprises set up the final two places in the top 10. Zhou Guanyu had a great qualifying session, spending much of Q1 and Q2 in the top five, before bringing it home in ninth. Nicholas Latifi shocked the paddock by surviving all the way to Q3 with his underpowered Williams car but could do no better than 10th in overall results.

It just kept raining throughout this whole session, and it got so bad in the closing minutes that visibility became almost impossible in the cars. Pierre Gasly will begin the British Grand Prix in 11th place, while Valtteri Bottas will start besides the Frenchman in 12th. Yuki Tsunoda qualified 13th, Daniel Ricciardo was 14th, and Esteban Ocon rounded out the top 15 in 15th.

This was a fun session because it rained until about midway through, so the biggest factor in putting down a good lap was how late it was into the session. Alex Albon and Kevin Magnussen were eliminated in 16th and 17th respectively. Another bad qualifying session for Aston Martin, with Sebastian Vettel and Lance Stroll qualifying a dreadful 18th and 20th respectively, in spite of Vettel’s typical performance in wet conditions. Mick Schumacher will fit right between the two green machines in 19th place.

The British Grand Prix will take place on Sunday, July 3 at 10 a.m. ET with TV coverage provided by ESPN2