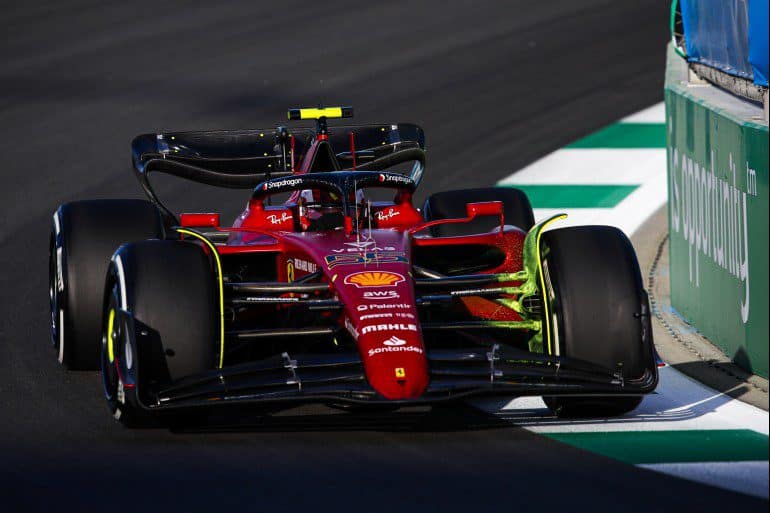 Since then Silverstone has been the primary home of the British GP, with Aintree and Brands Hatch hosting the event on an alternating basis until 1986.

Despite all its history, last year’s race will be the most fresh in the minds of many when the lights go out on Sunday (July 3).

The 2021 title fight between Max Verstappen and Lewis Hamilton was among the most ferocious in recent history, and the British GP embodied that perfectly.

The race began with a hotly contested first lap between Verstappen and Hamilton, before the two collided while running side by side into Copse corner — a corner normally taken around 170 mph.

Verstappen was sent spinning through — if not flying over — the gravel trap and slammed into the barriers seconds later; a 51G impact.

While Verstappen was released from the hospital later that day without issue, this was the point of the season where the gloves properly came off. The two championship protagonists collided once more at Monza, and narrowly avoided one another a handful of times for good measure.

Frontstretch has spoken on Carlos Sainz’s 2022 season a fair amount; mainly because Sainz continues to hand us talking points.

The Spaniard’s Ferrari tenure has been respectable to this point, but Ferrari isn’t a team with a taste for the mere respectable.

With 239 victories, 15 drivers’ titles and 16 constructors’ titles, the most successful team in Formula 1 history demands and commands excellence. Drivers are expected to perform despite the shortcomings of their equipment and/or staff.

To this point, Sainz has performed, but he has yet to put on a proper performance.

Sainz has collected nine podiums in a season and a half, and came within reach of the victory last time out in Canada. And compared to his teammate Charles Leclerc, Sainz’s season has taken a relative upturn since Miami — even if through no fault of Leclerc’s own.

With high expectations being a given at Ferrari, Sainz’s moment atop the podium is morphing into a question of when rather than if.

Nicholas Latifi Needs to Step Up

Sitting at the opposite end of the spectrum from the good light Sainz has been standing in is Nicholas Latifi.

With a best finish of 14th this year, Latifi’s future at Williams beyond 2022 has been a question of endless discussion in recent weeks.

Latifi’s Williams teammate Alex Albon has put together a decent comeback tour to this point after sitting out 2021 due to being replaced at Red Bull by Sergio Perez.

Albon managed a 10th-place finish in Australia and a ninth place run in Miami, in a car that has been viewed as a clear step in the wrong direction compared to the Williams of 2021 which finished the year with a total of 23 points. Latifi has been nowhere near his teammate.

Most recently, Williams announced that the latest upgrades to its FW44 car will be fitted only to Albon’s car. The resources to fit new components to both cars just aren’t there for the Williams squad at the moment.

While it makes perfect sense to give the upgraded package to the leading driver, one could reasonably assess that Latifi has some level of superiority in the team. This decision does not seem to reflect any such sentiment.

Oscar Piastri, 2021 F2 Champion, has been rumored to be in line to replace Latifi, perhaps before the end of this year.

Facing similar pressure is a Haas driver with a famous last name.

Mick Schumacher has failed to score any points to this point of the season. Meanwhile, Kevin Magnussen’s return to Haas has yielded 15 points and a best finish of fifth at the season opener in Bahrain.

While there remains speculation on how serious the situation is, many are convinced that Schumacher’s grace period at Haas is running short.

Haas isn’t a team of financial excess, with a humble but bumpy history in the sport.

Once again, it seems, the team is in financial distress after losing title sponsor UralKali in light of the Russian invasion of Ukraine.

Schumacher has suffered two heavy accidents, one in Saudi Arabia and one in Monaco, and has done a number on the car a handful of times in practice sessions as well. In June, ESPN quoted Steiner as suggesting patience with the German.

“It’s just not possible to continue like this. And he knows that,” Steiner said. “Obviously he wants to score points, and if you crash into the wall, you don’t score points … We need to see how we go forward. There’s a lot of things we have to sort out now.”

To call the loss of a Schumacher from the grid after only two seasons unfortunate would be beyond an understatement. By the same token, race cars aren’t cheap, and Haas isn’t swimming in wealth.

With the championship fight taking a much tamer, if not amicable tone this year, perhaps this iteration of the British Grand Prix will have us witness an upturn in fortune for drivers in need of a good day rather than the souring of relations between two rivals.