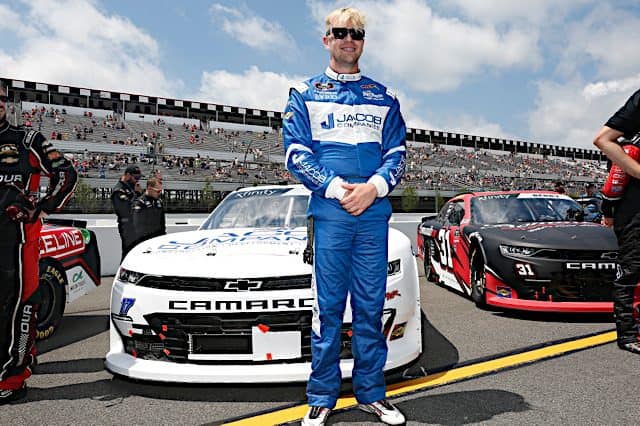 Carson Ware has been reinstated by NASCAR after completing the necessary requirements for reinstatement of his NASCAR membership privileges, the sanctioning body announced June 7.

Ware had been suspended last October after breaking NASCAR’s behavioral guidelines when he was charged with assault on a woman, simple assault and injury to personal property in Rowan County, N.C.

The 22-year-old has made nine career NASCAR Xfinity Series starts, with his most recent being at Las Vegas Motor Speedway in 2021. He also has one NASCAR Camping World Truck Series appearance and a single ARCA Menards Series start.

Also on the penalty report was a lug nut penalty for the No. 13 ThorSport Racing team of Johnny Sauter in the Truck Series. The infraction was found post-race at World Wide Technology Raceway at Gateway on June 4.