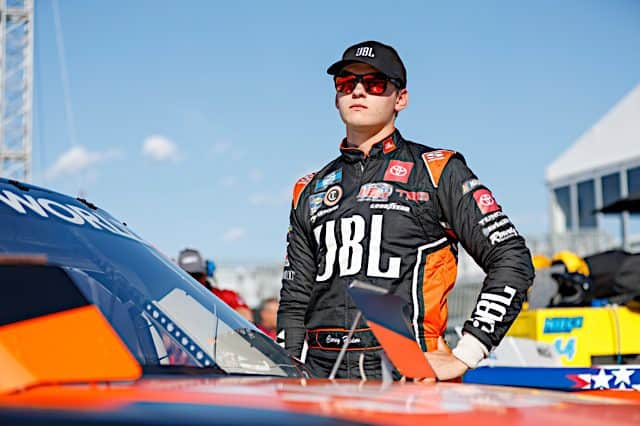 Heim claimed his first victory in the division at Atlanta Motor Speedway in March, and he will seek his second win of the season while running a part-time schedule for Kyle Busch Motorsports.

Derek Kraus did not make a qualifying lap as he was held up in inspection.

With 39 trucks and only 36 starting spots, Matt Mills, Blake Lothian and Justin Carroll failed to qualify.