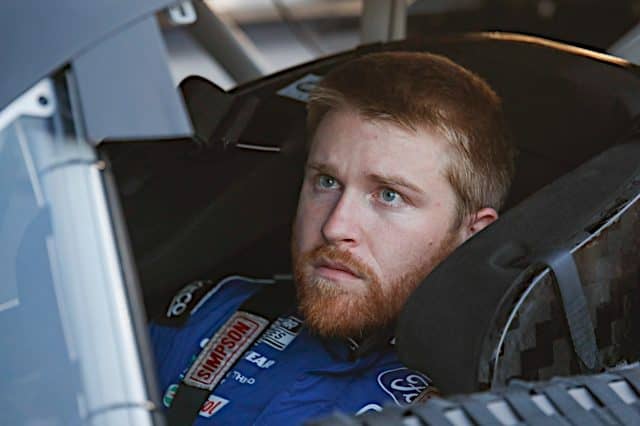 Chris Buescher has tested positive for COVID-19 and will not race this weekend at World Wide Technology Raceway, RFK Racing announced on June 2.

Buescher has already been in the headlines this week, following his spectacular flip in the Coca-Cola 600 on May 29. The 29-year-old is currently 21st in points and has earned three top 10s. He is expected to be ready to climb back behind the wheel of his No. 17 on at Sonoma Raceway on June 12.

Smith is in the midst of a stellar season with Front Row Motorsports’ Truck Series team, amassing three wins and eight top-10 finishes so far in his No. 38.

He will now pull double duty this weekend, as the Truck Series will race Saturday, June 4 at Gateway before the Cup Series makes its long-anticipated debut at the 1.25-mile track on Sunday, June 5.