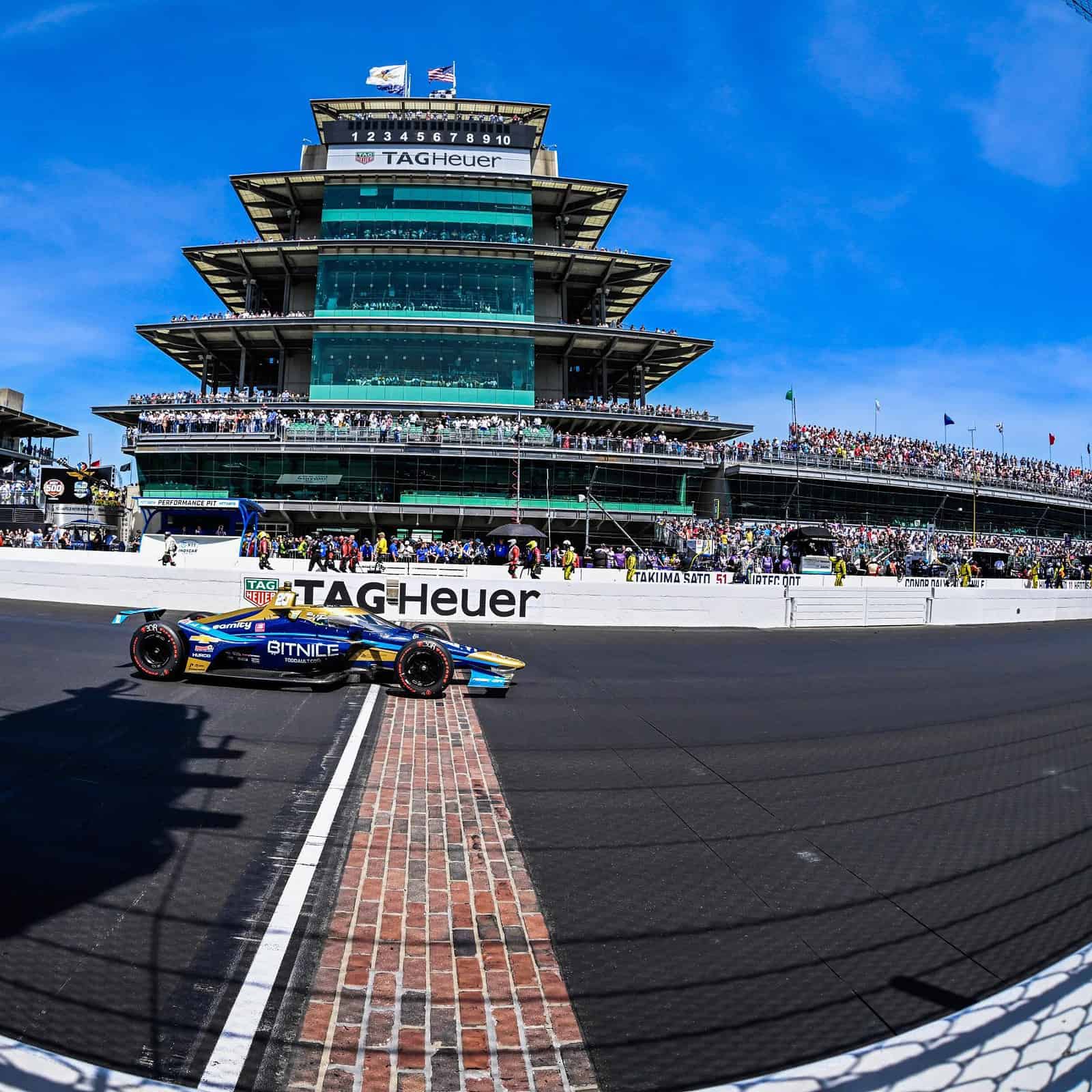 It’s been a good time to be a racing fan in recent months. If you need proof of it, look at any of the races that took place on Memorial Day Sunday.

Fans of most popular forms of motorsport have been given cause for optimism lately.

Formula 1 has exploded in popularity with the rise of “Drive to Survive” on Netflix, improved social media presence in the Liberty Media era and the success of genuine mainstream celebrity Lewis Hamilton. The series has finally hit big in the United States with the Miami Grand Prix, has a Las Vegas trip coming next year and seemingly packs out the stands wherever it goes. F1 delivered the most dramatic championship battle in years last season and has provided enjoyable racing with its new car — save for porpoising concerns, anyways.

NASCAR’s Next Gen car has been a general success so far. While there are some fair concerns over flat tracks and dirty air, the cars have provided strong races at intermediate tracks that previously floundered. The sport has made strides for inclusion and diversity while also finding success with recent schedule shakeups like the Busch Light Clash at the Coliseum and trips to road courses including Circuit of the Americas and Road America.

The NTT IndyCar Series only had 33 entrants for the Indy 500, but the standard field at other races has seen an increase in car counts. Arrivals of popular drivers from elsewhere like Supercars star Scott McLaughlin, F1 veteran Romain Grosjean and seven-time NASCAR Cup champ Jimmie Johnson has added extra intrigue, particularly this year with them all running the Indianapolis 500. The sport has also found young stars in Alex Palou, Colton Herta and Pato O’Ward, among others.

Dirt tracks have seen strong attendances and large purses. Sports car racing seems poised for a renaissance with IMSA and the FIA finding common ground. Car counts are up in tours like the ARCA Menards Series. Even asphalt late model racing, which has seemingly been stuck in a rut, has a promising new national series with the SRL National Tour that could grow into something special.

This has been a spring worth celebrating for most racing series, and there was no better occasion to celebrate than the so-called Greatest Day in Motorsports last Sunday (May 29).

Long considered a “Motorsports Christmas” of sorts, the Sunday of Memorial Day weekend has historically been packed with major races. F1’s Monaco Grand Prix arrives in the morning, IndyCar’s historic Indianapolis 500 follows in the early afternoon and NASCAR wraps it all up with the sport’s greatest test of endurance, the Coca-Cola 600.

For the past two years, this beloved holiday for racing fans has been scuppered by circumstance. The COVID-19 pandemic had just taken hold in 2020, leaving only the Coca-Cola 600 on the weekend. F1’s only competition at Monaco happened in the F1 video game. The Indianapolis 500 was pushed off to August, but neither it or NASCAR’s crown jewel featured any fans.

The 2021 season brought something a bit closer to normalcy, but things were still atypical. Monaco was held on a different weekend due to a calendar-based scheduling quirk. Indianapolis returned to its rightful May slot, but featured a limited crowd capacity of 135,000.

That meant Sunday was the first ‘normal’ Greatest Day in Motorsports since 2019 — a year that feels like a lifetime ago.

Fans were ready to celebrate the occasion.

In a day of post-pandemic joy, spectators packed into all three venues. Monaco was bursting with people. The Indy 500 had its best attendance since the 100th Running of the race in 2016. Charlotte Motor Speedway announced a sellout and had an infield filled with more campers than the track’s seen in years.

Regardless of which track you were watching, the general atmosphere was positive heading into the weekend. Fans showed up en masse and were ready to be entertained. The tracks and series just needed to do their part to make the weekend memorable. Thankfully each race proved up to the task.

If any series was going to provide a letdown, it figured to the F1. Monaco is a prestigious event and features the most intense qualifying session of the year, but the race has been processional in recent years due to the larger modern cars struggling to race side-by-side on the tight street circuit.

That wasn’t the case this year — at least not entirely. A mixture of changing weather conditions and evolving tire strategies made for an intriguing wet-to-dry race. Even Sergio Perez and Red Bull utilizing strategy to upset hometown favorite Charles Leclerc and Ferrari could sour the mood of what proved to be a memorable race.

Indy has been the strongest of the three races in recent years and lived up to its end of the bargain again in 2022. There were numerous comers and goers over the race. The only dominant one, Scott Dixon, threw his race away with a speeding penalty. Just when it seemed that his teammate Marcus Ericsson would drive off in the closing laps, a caution for Jimmie Johnson brought out a yellow flag that, with the help of an ensuing red flag from race control, brought the field together for a two-lap sprint.

In another era, that red flag may have sullied the race for the IndyCar faithful. But modern audiences are more open to sacrificing a bit of legitimacy for the sake of an entertaining finish. They got what they wanted on Sunday, with Ericsson narrowly fending off O’Ward after they dove into turn 1 side-by-side before a caution flew seconds later.

The Coca-Cola 600 is a crown jewel race, but it was admittedly prone to being a snoozer during the Gen 6 era. That’s changed this year with the arrival of the Next Gen car. Intermediate tracks (save for Texas Motor Speedway) have provided some of the best races of the year thus far.

Charlotte was no exception to that rule. NASCAR’s challenging new cars yielded a race with 64 green flag passes for the lead and well over a dozen cautions. The race ran long — a record 619.5 miles and well over the five-hour mark due to double overtime — but most fans didn’t mind. A high quantity of racing isn’t insufferable when the quality’s as high as it was on Sunday.

Each chapter of Sunday’s prestigious day of racing delivered. Collectively, they made for an experience that sits among the best days in modern motorsports history.

The stands were packed. The racing was great. The mood was good.

In a time where racing seems to be on the rise, everything came together to create a near-perfect day for fans all across the world.

Someone please inform the author that the Indy 500 historically is a 33 car race grid. It did not “only” have 33 cars. It had a full grid. Can’t remember the year but one year had 34 or 35 cars start the race.

If you read this piece again you’ll notice that I referred to 33 “entrants,” which was entirely notable and a talking point throughout the spring because it meant the Month of May had no bumping. That’s what I was referring to.

I’m an Indiana native and have attended this race 15 times in the past. You can rest assured that I know how many are in the field come race day.

Thanks for reading, Brian. Cheers.

Personally, I think they will soon be scrambling to get 33 “entrants” for the race. It’s getting way to costly to run.