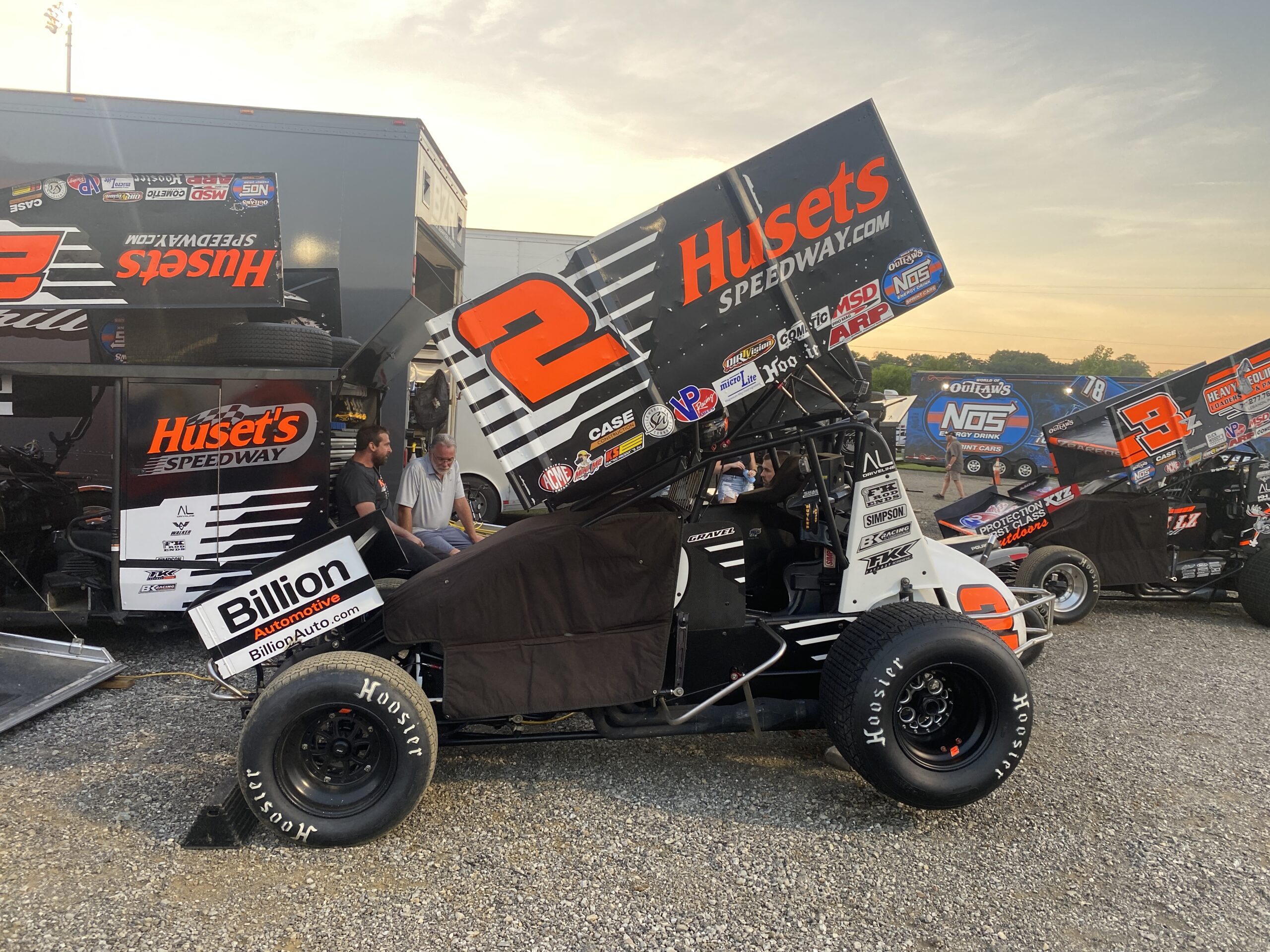 After a devastating storm ripped through Huset’s Speedway on Sunday (May 29), World of Outlaws announcer Johnny Gibson delivered the news that the upcoming Outlaws show on Sunday (June 5) will take place as scheduled.

When David Gravel heard that his team owner’s race track would have racing next week, he was surprised.

“That would be amazing if they could do that, that’d be pretty admirable of them,” Gravel said. “They can easily lay down and not have the race. Hopefully we’ll talk to those guys here tomorrow or the next day and get an update from them and hopefully we’ll race Sunday. We’ve lost so many races with rainouts so we don’t really want to lose any more but this is an extreme circumstance and we’ll see what happens.”

Workers at the Brandon, S.D. track were hard at work cleaning up debris from the track surface and the rest of the grounds. The majority of the roof over the frontstretch grandstand suites was ripped off the structure by high winds which also severely damaged the track-facing walls of the suites.

A Severe Storm Wreaked Havoc on our facility early this morning. We are Extremely Thankful nobody was injured, although we received heavy damage.

Besides owning Big Game Motorsports, Quiring also owns both Huset’s Speedway and Jackson Motorplex, which the Outlaws will visit in August. Gravel got Monday’s (May 30) show off to a good start by posting the third fastest time in the second flight of qualifying on the high-banked .375-mile oval.

Gravel then won the third heat race and finished seventh in the Fast Pass Dash that set the first four rows of the 30-lap feature.

The No. 2 machine was in the top five almost the entire feature, running briefly in second place, but the Watertown, Conn. native had to settle for fourth place behind race winner Sheldon Haudenschild, Kyle Larson and Logan Schuchart.

“I had a shot to pass Logan and wasn’t able to get him and Larson had a run on me and that’s just how it went,” Gravel said. “Overall it was a good night, the car was good and just happy for that. We’ve kind of been struggling in the A-Main to have a car that we feel like we can go forward and tonight we did so that’s a really good feeling.”

After racing at River Cities Speedway on Friday (June 3), the Outlaws head to South Dakota to visit Huset’s Speedway. Gravel won there twice last year in Outlaws competition and another trip to victory lane would mean that much more to the 2021 Outlaws championship runner-up.

“It would be awesome, […] to get another one would be really good. We’re due for a win, we haven’t won in a while so we need one.”