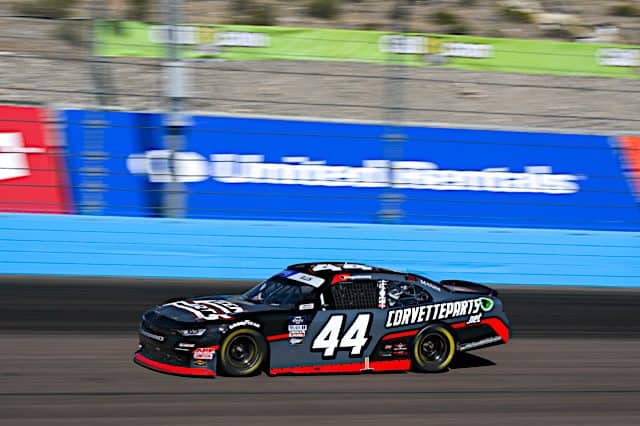 Along with a lug nut penalty fine for the No. 44 Alpha Prime Racing team of Ryan Ellis, both a NASCAR Xfinity Series crew chief and a Cup Series hauler driver have been suspended indefinitely for violations of NASCAR’s rule book, according to the sanctioning body’s penalty report issued on May 31.

The No. 44 Xfinity Series team was found with one unsecured lug nut following Saturday’s Alsco Uniforms 300 at Charlotte Motor Speedway during post-race inspection. Crew chief Michael Brandt has been fined $5,000 as a result of the infraction.

In addition, Kase Kallenbach, who was listed as the crew chief for Ryan Vargas‘ No. 6 JD Motorsports Chevrolet for the first 12 races of the Xfinity Series season, has also been suspended indefinitely for violations of NASCAR Member Code of Conduct Policy (Section 4.4.e).

No additional information has been provided regarding the details of the suspensions at this time.

Both Ellis and Vargas finished 13th and 26th, respectively, on Saturday, while Jones ended his Sunday night in 14th.

Additionally, Jason Houghtaling, Jesse Iwuji Motorsports’ No. 34 crew chief for the first eight events, was reinstated. He was previously suspended May 3 for a behavioral penalty (Sections 4.4.e).