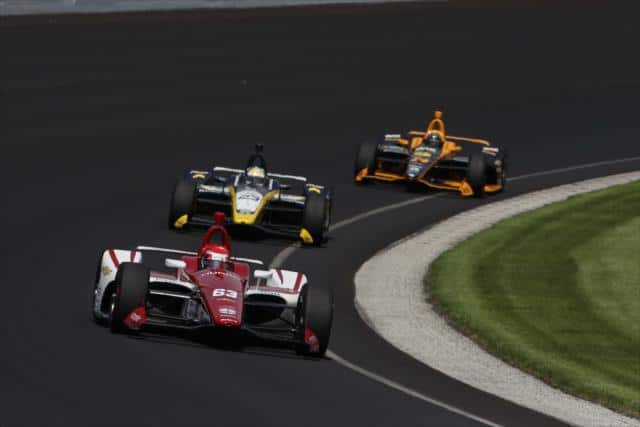 Ahead of us this Memorial Day weekend, after the disappointment of the far from stellar All-Star Race, is the greatest day in motorsports with not one, not two but three iconic races across multiple different racing series. Whetting the appetite even further, is the fact that we haven’t seen this trio of races on Memorial Day Sunday since 2019 with the F1 race being canceled in 2020 due to the pandemic and shifted a week earlier last year.

For racing aficionados, then, it doesn’t get to look much better than this upcoming Sunday (May 29).

First up, and obscenely early if you live on the West Coast, in the Principality of Monaco on the picturesque French Riviera we have the Monaco Grand Prix. The inaugural race was all the way back in 1929 and it was a part of the first official Formula One season in 1950.

The narrow confines of the street circuit make overtaking supremely difficult with former Brazilian F1 driver and three-time world champion Nelson Piquet describing driving the circuit as “like riding a bicycle around your living room,” an apt description if ever there was one. So, as you might expect when passing is at an absolute premium heightening the importance of qualifying. In fact, you have to go all the way back to Olivier Panis in 1996, some 26 years ago, to find the last time a driver won from outside a top-three starting position.

This will be race No. 7 of the 23-race 2022 Formula One slate and to date the season has been dominated by the Ferrari and Red Bull outfits with Charles Leclerc (two wins) and 2021 F1 champion Max Verstappen (four wins) hoovering up all the victories to date.

Shockingly, perhaps, after years of ruthless domination, seven-time champion Lewis Hamilton and his Mercedes team have struggled mightily, some distance behind the two previously named manufacturers. The British veteran sits in sixth place in the standings some 45 points — and a country mile — off the pace. There were signs of progress in the most recent Spanish Grand Prix but as things stand, it’s hard to imagine the title isn’t a straight up fight between LeClerc and Verstappen. And with the latter taking the points lead after the race in Barcelona, you can’t help but wonder if a back-to-back title is on the way.

Next up, it’s arguably the most famous motor race of them all – the Indianapolis 500. This year will mark the 106th running of the “Greatest Spectacle in Racing” and just as it has since its inception in 1911, a race won by Ray Harroun in a car known as the Marmon Wasp, the 200 laps of the two-and-a-half-mile circuit are unlikely to disappoint. Four drivers have won this mesmeric race on four occasions: A. J. Foyt, Al Unser Sr., Rick Mears and Hélio Castroneves, who will be shooting for a record breaking fifth drink of the milk in victory lane. Alongside the effervescent Brazilian are seven other former winners: Will Power, Tony Kanaan, Simon Pagenaud, Scott Dixon, Takuma Sato, Alexander Rossi (who won as a rookie) and Juan Pablo Montoya.

Power leads the points after five races, having finished third twice and fourth three times – a remarkably consistent start for the 2014 champion from Toowoomba, Australia. Dixon will start as the bookies favorite, but the truth is this is an utterly unpredictable race that any number of drivers could win and to that end, 10 rookies have won the race over the course of its illustrious history.

Rounding out the day is NASCAR’s longest race – the Coca-Cola 600 at the sport’s home track of Charlotte Motor Speedway.

Originally the World 600, the race first ran in 1960 and it was also the inaugural event held at the track. Coming in a shade under 1000 kilometers (970 to be precise), the 600 is very much a test of driver and machine and perhaps surprisingly with this in mind, has also been a race that has seen a number of first time Cup winners.

See also
Dropping the Hammer: Will Next Gen Car Revive the Coca-Cola 600?

This time last year, Kyle Larson absolutely eviscerated the field, leading a whopping 327 of the 400 laps. The reigning champion only has one victory to date this year but don’t be surprised to see him make it two this Sunday evening. Fellow Hendrick Motorsports star Chase Elliott is another name to watch who himself came very close to winning the race in 2020 losing out to Brad Keselowski. Elliott also finished second to Larson in 2021. This race has a habit of being a fuel mileage play so that’s another possibility this Sunday too.

Enjoy it this Sunday, folks!