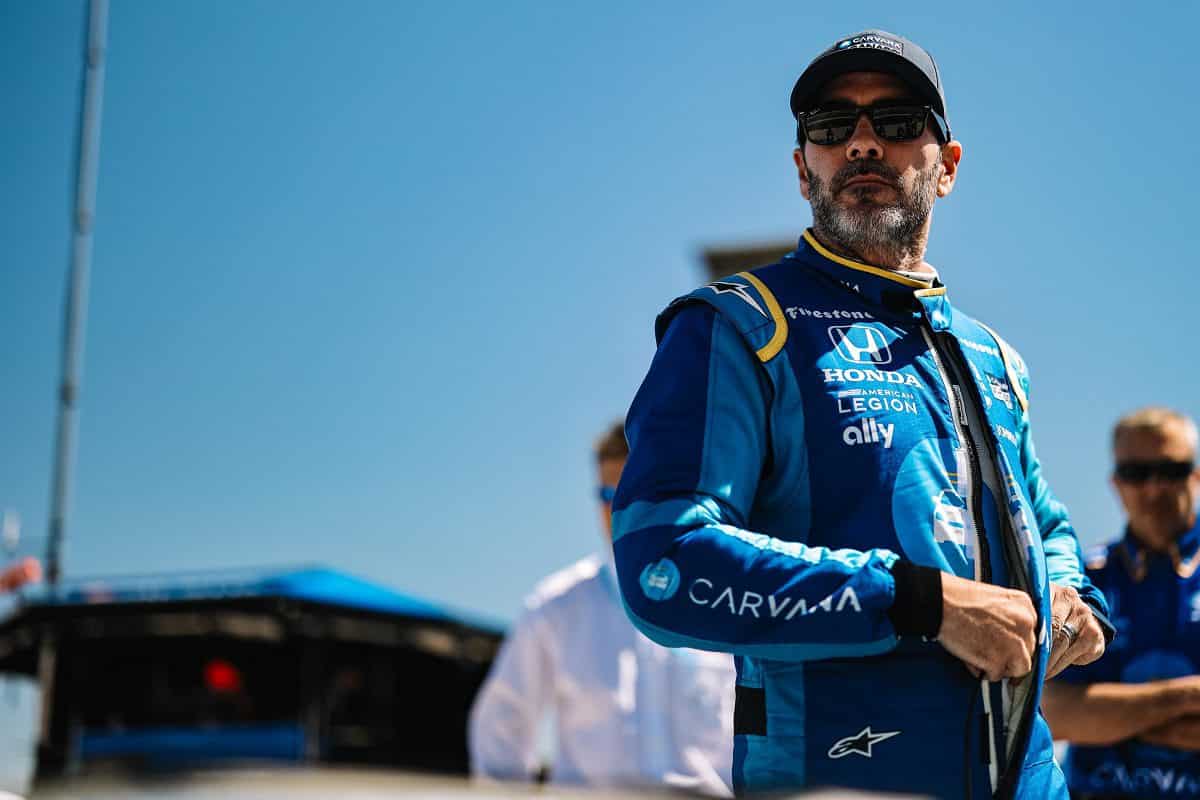 Should the guaranteed green-flag finish rule seen at the NASCAR Cup Series All-Star Race be scrapped for further use?

NASCAR’s rules for overtime state that the race will end under caution if the leader takes the white flag. For last weekend’s All-Star Race, the rules were tweaked in order to guarantee a finish under green, even if a caution came out on the final lap.

Given what happened on Sunday night, May 22, the guaranteed green-flag finish rule should never see the light of day in a points-paying NASCAR race.

The rule reared its ugly head in the worst way imaginable: the caution came out for a Ricky Stenhouse Jr. spin just seconds before leader Ryan Blaney took the checkered flag. Blaney’s team began celebrating, and Blaney had loosened his window net because he thought the race was over. Everyone was confused, and the drivers and teams then had to regroup for another two-lap shootout. Fortunately for the No. 12 team, it was Blaney who prevailed and achieved the rare distinction of winning the All-Star Race twice in a single night.

When the senior vp of competition admits that they prematurely put the caution out, you know that the finish was a mess.

This isn’t the first time where a caution has come out just moments before a driver was about to win a race; but the difference with last Sunday is that it was on the final lap and not with two laps to go. With two laps to go, a caution is necessary if drivers are roaring at full speed into a crash site. But Blaney was just hundreds of feet away from ending the race entirely. A caution would have been pointless because the drivers would slow down on the cooldown lap before they reached any crash, and almost every driver in the back of the pack had cleared Stenhouse at the time of his spin.

The fiasco was an embarrassing look for NASCAR, and it’s another questionable call added to a growing list of them. Combined with the tire problems and lackluster racing at Texas Motor Speedway during the main event, everyone will be looking forward to putting this weekend in the rearview mirror with the Coca-Cola 600.

Denny Hamlin said NASCAR should have been consistent with its rules and penalized Ryan Blaney for his window net. Is he right?

If Blaney’s window net was not safely secured, Denny Hamlin was right in saying that he should have been penalized. Consistency is an important part of enforcing the rules and it would have been a dangerous situation if Blaney was involved in a crash on the ensuing restart.

However, there is a very clear solution to the entire problem: Give Blaney an opportunity to fix his window net under caution while allowing him to retain his track position.

If Blaney’s window net magically became unhinged in the middle of a race, he would be penalized, just like how any other driver would be penalized for malfunctioning roof flaps or other safety features. But the window net didn’t become loose by pure chance or a mistake on Blaney’s part, it was because NASCAR was trigger happy with the caution when the race was two seconds away from its conclusion.

Given that it was a mistake on NASCAR’s part, Blaney should have been allowed to come down pit road to make sure that everything was safe and secure. Why that didn’t happen is a mystery.

It wasn’t because NASCAR was running low on the television window. If it was, the caution wouldn’t been brought out when the race was, once again, two seconds away from its conclusion.

All that can be said about this incident is that fortunately, no one was hurt. But for the future, race control should take extra time under caution if needed in order to make sure that all the drivers are safe and that it is consistent with its rules in the event that such a scenario arises again.

What needs to happen for the Memorial Day Double to return to prominence?

Double duty in the Indianapolis 500 and the Coca-Cola 600 first became possible in 1993 when the Coca-Cola 600 became a day-to-night race with an early evening start time. The first driver to attempt both was John Andretti in 1994, and between 1997 and 2004, Robby Gordon did it five times while Tony Stewart did it twice. Double duty went into hibernation for a decade until 2014, when Kurt Busch ran both races on Memorial Day weekend.

Since Busch’s run eight years ago, no one else has attempted it. There’s been rumors and rumblings of drivers that are interested in doing it — including Kyle Larson and Kyle Busch — but the rumors have never become a reality.

The double hasn’t been attempted much on the NASCAR side in recent years because of the training and grueling schedule it requires as well as issues with safety. Accidents will happen in any race, but the high speeds and low-banked turns of Indianapolis Motor Speedway are especially treacherous for anyone that is inexperienced with the NTT IndyCar Series.

At the same time, just one attempt could open the floodgates for more drivers to participate. And there is one driver in particular who would have the easiest path to doing it: Jimmie Johnson.

Johnson will be attempting his first Indy 500 this weekend, and he already has prior experience at running on ovals in IndyCar. Johnson has also stated that he plans to stay in IndyCar for several years, and 2023 would be the perfect time for him to do the double.

Johnson would need practice with the Next Gen car since he last ran in the Cup Series in 2020, but nevertheless, the double is certainly doable for him. It would be another feat for his legendary career, and it would help bring NASCAR stars to Indianapolis and potentially bring IndyCar stars to Charlotte.

Will Trackhouse Racing Team’s Project91 be successful in bringing international attention to NASCAR?

Trackhouse Racing announced earlier this week it will be adding a part-time Cup entry, the No. 91.

But this isn’t just any part-time car: it’s one that will give international drivers a chance to race in NASCAR. Then, the bombshell dropped May 26 that 2007 Formula 1 world champion Kimi Raikkonen will drive the car at Watkins Glen International in August.

Trackhouse co-owner Justin Marks said the purpose of Project91 is “to activate the intersection point of NASCAR racing and global motorsport culture.” In a sneak peak video posted on the team’s YouTube channel, Formula 1, IndyCar and Rallycross were among the featured disciplines, and with the announcement of Raikkonen’s Cup Series debut, it makes sense to believe that drivers from the other disciplines will takes turns in the car for 2023.

If done correctly, Project91 absolutely has a chance at bringing greater international attention to NASCAR down the road, and Raikkonen’s debut is a fantastic start.

For a previous example of racing discipline crossovers, Fernando Alonso announced that he would be running the 2017 Indy 500 with Andretti Autosport. For the month of May that year, Alonso and Formula 1 fans alike turned to IndyCar to learn more about the race and the discipline itself. With Raikkonen in the car at Watkins Glen, the focus should now turn to getting as many Formula 1 fans tuned in to watch him race three months from now.

Trackhouse has been a success in more ways than one this year. It has won twice with Ross Chastain this season, and it’s had a meteoric rise in NASCAR after its humble beginnings at the start of 2021. And with Project91, the team has shown it is willing to think outside of the box and bring new ideas to the sport that will only allow it to grow in the future.