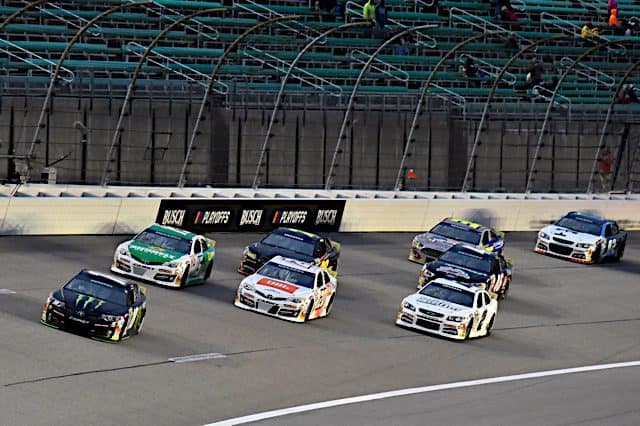 A total of 20 cars currently plan to tackle Kansas Speedway in the ARCA Menards Series this weekend.

Matt Wilson is entered in CCM Racing’s No. 7. Kansas would be his main-series ARCA debut, as he made his ARCA Menards Series East debut last weekend at Fairgrounds Speedway Nashville, finishing ninth.

Fast Track Racing’s lineup changes from Talladega Superspeedway include Ryan Huff in the No. 10, Bryce Haugeberg in the No. 11 and Arnout Kok in the No. 01. Huff and Haugeberg generally field cars for their family-owned teams, the Nos. 36 and 94, respectively. Kok’s start, meanwhile, will be his first of 2022.

Gus Dean moves from the No. 55 to the No. 15 for Venturini Motorsports.

Bret Holmes Racing returns to the track with Connor Mosack in the No. 23.

Ron Vandermeir Jr. makes his first of multiple 2022 appearances, entered in the No. 27 under the Richmond Motorsports banner; he usually competes in his self-owned No. 66.

The No. 43 for GMS Racing is currently entered but listed without a driver following Daniel Dye’s indefinite suspension.

Will Kimmel enters the No. 69 to replace Scott Melton following his Talladega injury.

Alex Clubb makes his second appearance of 2022 in his No. 03 after finishing 21st at Phoenix Raceway.