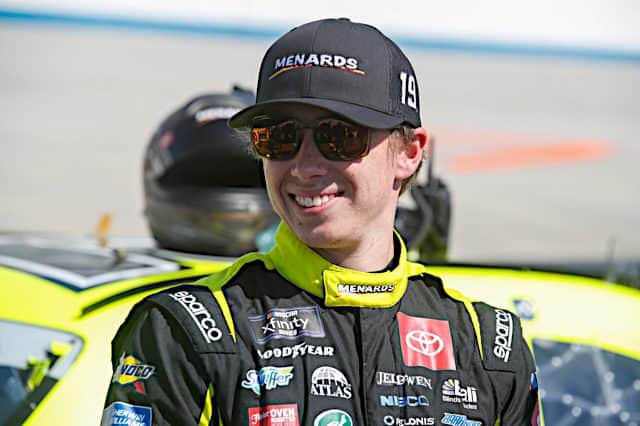 Brandon Jones was the fastest car in Friday’s (April 29) NASCAR Xfinity Series practice session at Dover Motor Speedway, and with a speed of 157.398 mph during Xfinity qualifying afterward, Jones remains batting 1.000 for the weekend.

It is Jones’ fourth Xfinity pole, his second at Dover and his first since 2020 at Auto Club Speedway.

In 11 previous starts at Dover in the Xfinity Series, Jones has a best finish of fourth. He will be seeking his second win of the season and the sixth of his career on Saturday afternoon, April 30.

Jones will be joined on the front row by Sam Mayer. This marks the top qualifying effort of Mayer’s Xfinity career, as his previous best was a seventh-place start at Phoenix Raceway in March.

Josh Berry and Noah Gragson qualified third and fourth, respectively, giving JR Motorsports three cars in the top four. Rounding out the top five is Ty Gibbs, who leads the Xfinity Series with three wins in the first nine races.

Ryan Sieg did not attempt a qualifying lap, and he will start last tomorrow afternoon.

The lone driver that failed to qualify was Brennan Poole, as his No. 47 car lost power during the warmup lap of his qualifying run.