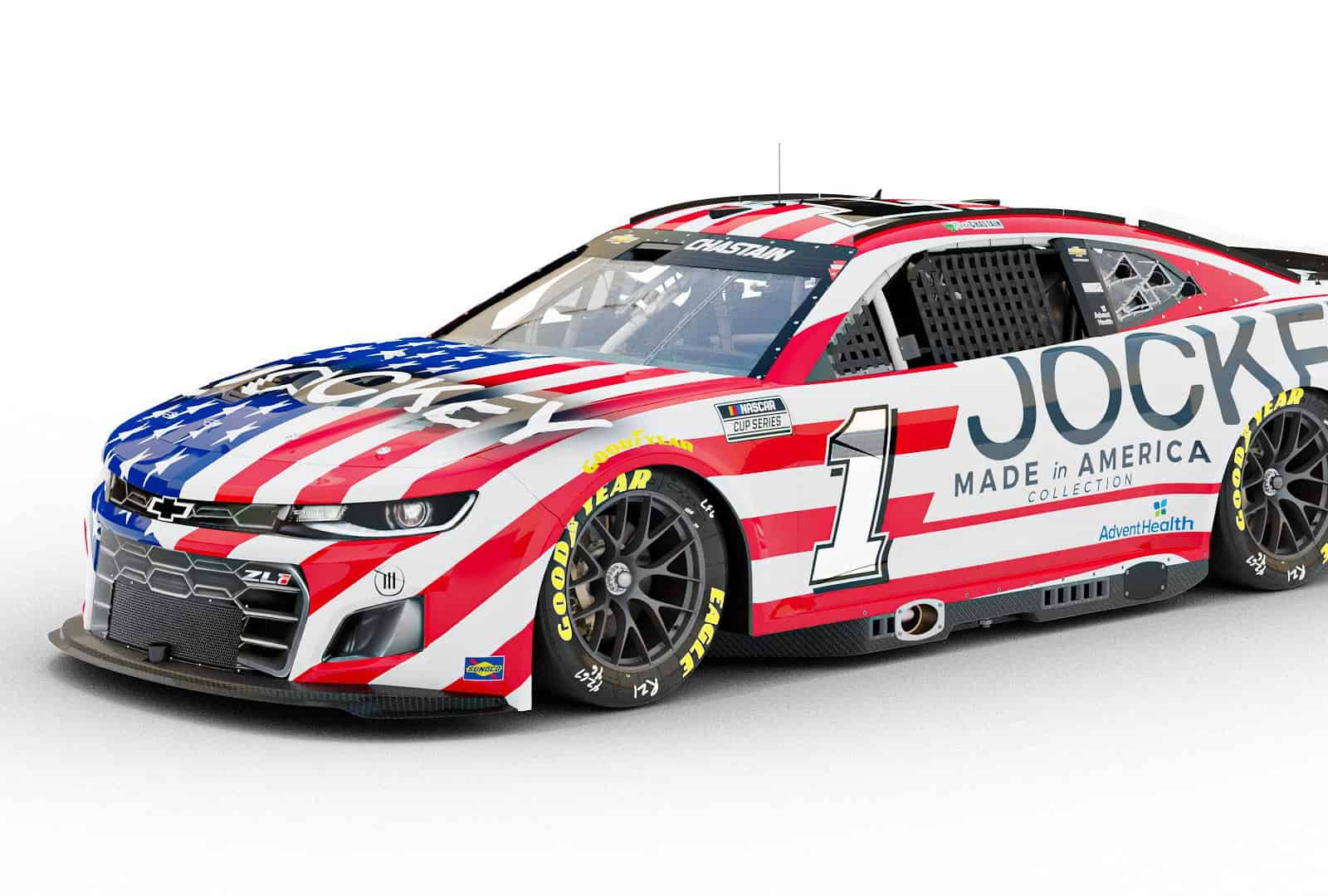 Jockey will be the primary sponsor for both Ross Chastain and Daniel Suarez on a multi-year deal.

Chastain’s No. 1 Chevrolet will sport the Jockey colors in four races this season and hops on board Suarez’s No. 99 for two races during 2022. Both drivers will carry the logo on their firesuits while also appearing in promotional campaigns.

We'll be bringing some patriotic style to the track 🇺🇸

Welcome to the House, @Jockey. pic.twitter.com/4DTpHvm4rM

“Jockey is a family-owned company that has been around for generations, and as an eighth-generation watermelon farmer I can appreciate how hard it is to maintain their lead spot as an innovator of quality products,” Chastain said in a release. “I am proud to represent Jockey and help tell their great American story.”

The sponsor will also be the presenting partner for the Kwik Trip 250 presented by Jockey Made in America Collection, which is set for July 3.

“Part of the Trackhouse mission was to attract and represent national brands with similar values, so it is an honor to partner with an iconic American staple like Jockey,” Trackhouse founder and co-owner Justin Marks said. “Jockey brands are synonymous with innovation and quality, and they are great tellers of the American story. We are excited to become a part of their history, as Jockey is becoming a part of ours.”

Chastain currently sits in eighth in the points standings with a win and a series-leading five top fives. Suarez is 16th in points with two top fives and three top 10s. In the playoff standings, he is 17th, eight points back of the cutline.