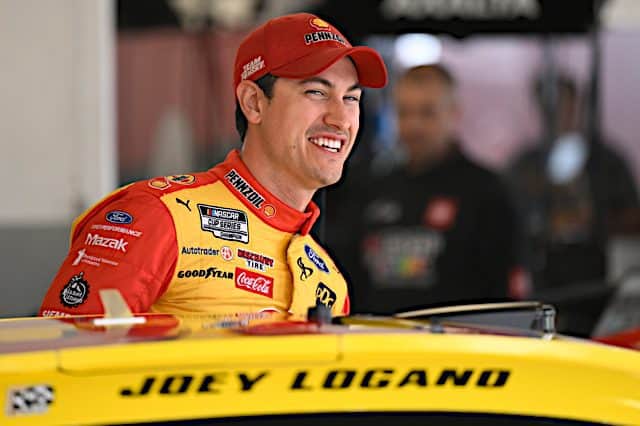 You may be doing some spring cleaning, but NASCAR Cup Series cars are about to get dirty this weekend at the Bristol Motor Speedway Food City Dirt Race. Let’s get your daily fantasy NASCAR DraftKings rosters prepped for Sunday’s (April 17) event, airing at 7 p.m. ET on FOX.

For the second year in a row, Cup drivers take on the Last Great Colosseum’s dirt-covered 0.533-mile track. However, things are a bit different this time around, as it’s the first time the Next Gen cars are on this surface.

While you don’t have much data to look at for these cars, you can check out Friday’s practice results (which Tyler Reddick and Denny Hamlin led in single-lap times). Be sure to also see the results from the qualifying heat races, which start Saturday at 6 p.m. ET and air on FOX Sports 2 (or the FOX Sports app with authentication).

Also, in last year’s race, some drivers who ran well on Bristol in the past translated that speed onto the dirt. This trend was prominent in practice, as Kyle Busch, who won eight times on the paved track, had quick single-lap times in both sessions.

Before I share some drivers I’m considering for Bristol, let’s review the results from Martinsville Speedway:

William Byron and Chase Elliott led the most laps on the evening, with the former claiming the win. However, this lineup could have done so much better if I had played Ross Chastain over Christopher Bell, as the No. 1 car wound up placing fifth.

That said, this lineup won $0.50 in the Quarter Jukebox tournament.

The top score in the Quarter Jukebox was 453.8 and contained Elliott, Byron, Chastain, Austin Dillon, Erik Jones and Ty Dillon.

Logano was known as Joe Dirt last year, holding on to win the race after leading 61 laps. On the regular surface, he has a pair of victories, in 2014 and 2015, and earned a top-five finish as recently as 2019. That doesn’t appear very convincing, does it?

Well, the No. 22 Team Penske pilot has some good results this season in the Next Gen car, including last week’s runner-up at Martinsville. While he didn’t lead any laps, Logano recorded 22 fastest laps, the most he’s had in a race so far this year. Plus, he won the Busch Light Clash at the L.A. Coliseum, another short racetrack which was the Next Gen car’s debut on this track type.

Logano had top-10 average speeds in both practices, too, so he looks like he’s acclimating to the new car on the dirt.

Reddick is a little bit pricey for his equipment, but his practice times really caught my eye. Across 10 consecutive laps, he ran in the top three on average speed. Also, he was quickest in single-lap times during the first session. While the track temperature will likely change between Friday and Sunday, it’s encouraging to see good speed from the No. 3 Richard Childress Racing Chevrolet.

He could use a good result this week, too, as Reddick has just two top fives and three top 10s so far this year. But these two top fives came at Circuit of the Americas and Phoenix Raceway, places where Reddick likely shifted quite a bit. That could work to his advantage here along with some solid past experience and results on dirt tracks (he had top-five finishes twice at Eldora Speedway in the Camping World Truck Series).

Hopefully, the No. 3 doesn’t start inside the top 10, as I feel he won’t score as high on DraftKings if he’s not able to lead laps.

Kyle Busch didn’t have as good a result as he would have liked at Bristol dirt last year, but he’s not letting that stop him from trying again. In Friday’s practice, he had the third-fastest single-lap time in the opening session, and was eighth quickest in the final period among those who ran 10 straight laps.

So far this season, the No. 18 Joe Gibbs Racing Toyota has one top five — a fourth at Las Vegas Motor Speedway, where he almost won — and five top-10 results. At the past two short tracks, Busch finished ninth at Richmond and seventh at Martinsville, overcoming some obstacles in both events. And did I mention that he led 64 laps before the season even began at the Los Angeles Memorial Coliseum? Perhaps Busch can apply his short-track skills to Bristol, even though it’s covered in dirt.

Speaking of second-place finishers, Ricky Stenhouse Jr. did just that last year on the Bristol dirt track, 11 positions up from where he started. In practice, it looks like he’s back to the same form with the new car, as he posted the first- and second-quickest 10-lap averages. It could be a race where he earns his second top 10 of the season.

That would be huge for the No. 47 JTG Daugherty Racing driver, who currently sits 28th in the standings. Stenhouse’s lone top 10 was at Auto Club Speedway back in February, and he has struggled to even finish higher than 21st since then. But dirt is a different animal altogether, so he could nab a good result this week.

I don’t know why Kurt Busch is this far down in salary. He had a couple of bad weeks at Circuit of the Americas and Richmond Raceway, then bounced back at Martinsville with a sixth-place finish. Now, I know Kurt doesn’t really run on dirt, but he’s way too cheap as a veteran driver who’s won six races at the paved Bristol track. In fact, he’s the lowest salary-wise he’s been all year, so you’d be wise to take advantage of it.

The No. 45 Toyota of 23XI Racing looked good in practice as well, posting the second-quickest times in 10-lap averages during the first session. Busch fell off a bit in the second session, though, ranking 20th in speeds in both single lap and 10-lap average. Still, if he qualifies further back, that could lead to solid position differential bonus points for your roster.

Like Stenhouse, Michael McDowell could also use a good finish on Easter, as he too has just one top 10 on the year — a seventh in the season-opening Daytona 500. However, he ended up 13th at COTA, so it’s not totally impossible for McDowell to get a top 15 in the Next Gen car outside of superspeedways. He showed some speed at Richmond, logging 31 fastest laps before ultimately fading to 30th position.

Last year, the No. 34 Front Row Motorsports driver came home 12th in the Bristol dirt race. McDowell also was 14th and 10th at Bristol in 2020 on the paved surface. His salary is dirt cheap, so you could fit one of the top-tier drivers in your lineup by adding him lower down the list.