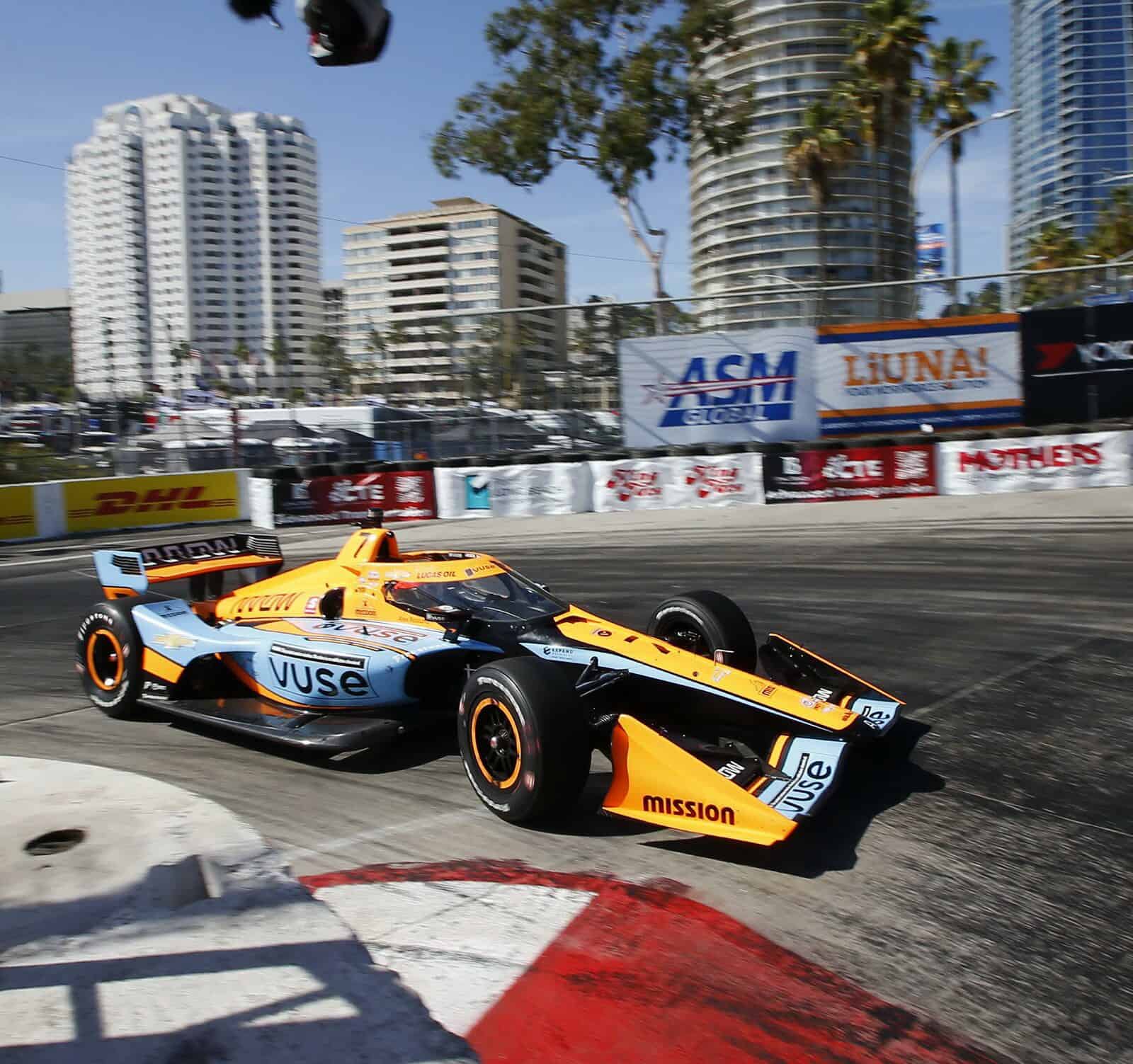 LONG BEACH, Calif. — If there was a ‘Most Improved from Practice to Qualifying’ Award for the NTT IndyCar Series this weekend at Long Beach, Felix Rosenqvist would have it sewn up.

The Swedish racer was 14th and 15th in the two practice sessions ahead of Sunday’s (April 10) Acura Grand Prix of Long Beach but qualified fourth in his No. 7 Arrow McLaren SP Chevrolet with a fastest lap of 1 minute, 5.9349 seconds to average 107.451 mph.

Rosenqvist’s qualifying performance comes on the heels of a pole-winning run at Texas Motor Speedway which went for naught after a mechanical failure sidelined the two-time Macau Grand Prix winner.

But Long Beach has traditionally been a good venue for Rosenqvist with a 10th place finish in 2019 and a top-five starting spot in 2021, but this year a track-best starting position gives Rosenqvist an opportunity to improve his position in the standings from 19th.

“We’ve been fast everywhere, maybe except St. Pete where we had some issues,” Rosenqvist. “We knew we know why we were slow there, so yeah. We came back with that knowledge here and we’ve been fast all weekend. It’s been quite a messy weekend, but nice to put it together.”

While Colton Herta and Josef Newgarden locked out the front row, Rosenqvist slotted in right behind Alex Palou in fourth and credited his engineers for all of the improvement the team has had.

Rosenqvist has a new race engineer in Craig Hampson. Hampson has spent the better part of the last 20 years working with Sebastien Bourdais who has won four championships in ChampCar from 2004-2007. Hampson became Rosenqvist’s engineer for the 2022 IndyCar season and the pair have spent a lot of time connecting and trying to figure out what works best for the pair of them. At Texas, that relationship clicked and the pair got their first pole.

“He’s very good at reading the driver,” Rosenqvist said of Hampson. “He’s good at teaching you about stuff, what his ideas and the changes of the car does in his mind.

“He’s also pretty good at blocking some of that out when he doesn’t want to overload me with that stuff. So I think on a test day, we get very into it, very detailed into setup work and on the race week we just kind of take a step back. I trust that he will make, you know, what he needs on the car and he trusts that I will just focus on the driving. Seems to be a good approach.”

Rosenqvist had top top-10 finishes last year driving for Arrow McLaren SP en route to 21st in the championship, that performance hindered by missing two races due to an injury at Detroit and will have the opportunity to get his second IndyCar win Sunday on NBC at 3:00 p.m. ET.