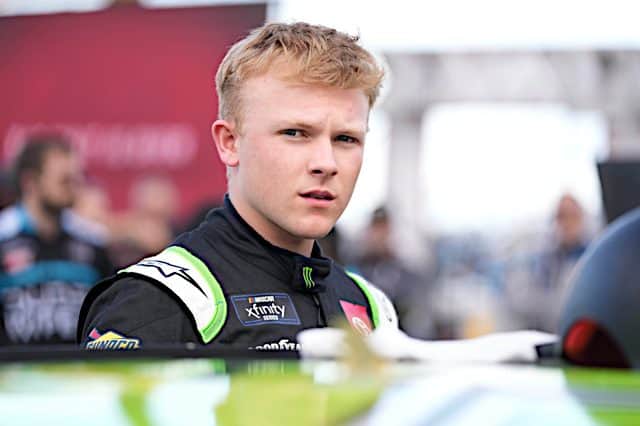 Ty Gibbs took to the track last of the final 10 qualifiers and blew the field away with a speed of 91.258 mph in final-round qualifying. That speed was good enough for his second career pole in the Xfinity Series, and he will lead the field to the green flag on Saturday afternoon. Gibbs also won last weekend’s race at Atlanta Motor Speedway, looking to make it back-to-back wins in the Xfinity Series.

Ross Chastain, driving in a one-off start for DGM Racing, will start on the front row alongside Gibbs. DGM Racing was fast in Friday’s (March 25) qualifying session, as Chastain’s teammates Alex Labbe and Preston Pardus also qualified in the top 10.

Starting third will be Cole Custer, returning to the No. 07 for SS-Green Light Racing in his first Xfinity race since his win at Auto Club Speedway in February.

AJ Allmendinger qualified fourth and Labbe will round out the top five.

Sheldon Creed, who won the pole in Truck Series qualifying, will start sixth in the Xfinity race.

Justin Allgaier will start ninth and his JRM teammate Sam Mayer will round out the top 10.

With 42 entries and 38 spots, four drivers failed to qualify for Saturday’s race. Those four were Brennan Poole, Will Rodgers, Gar Robinson and Jesse Iwuji.