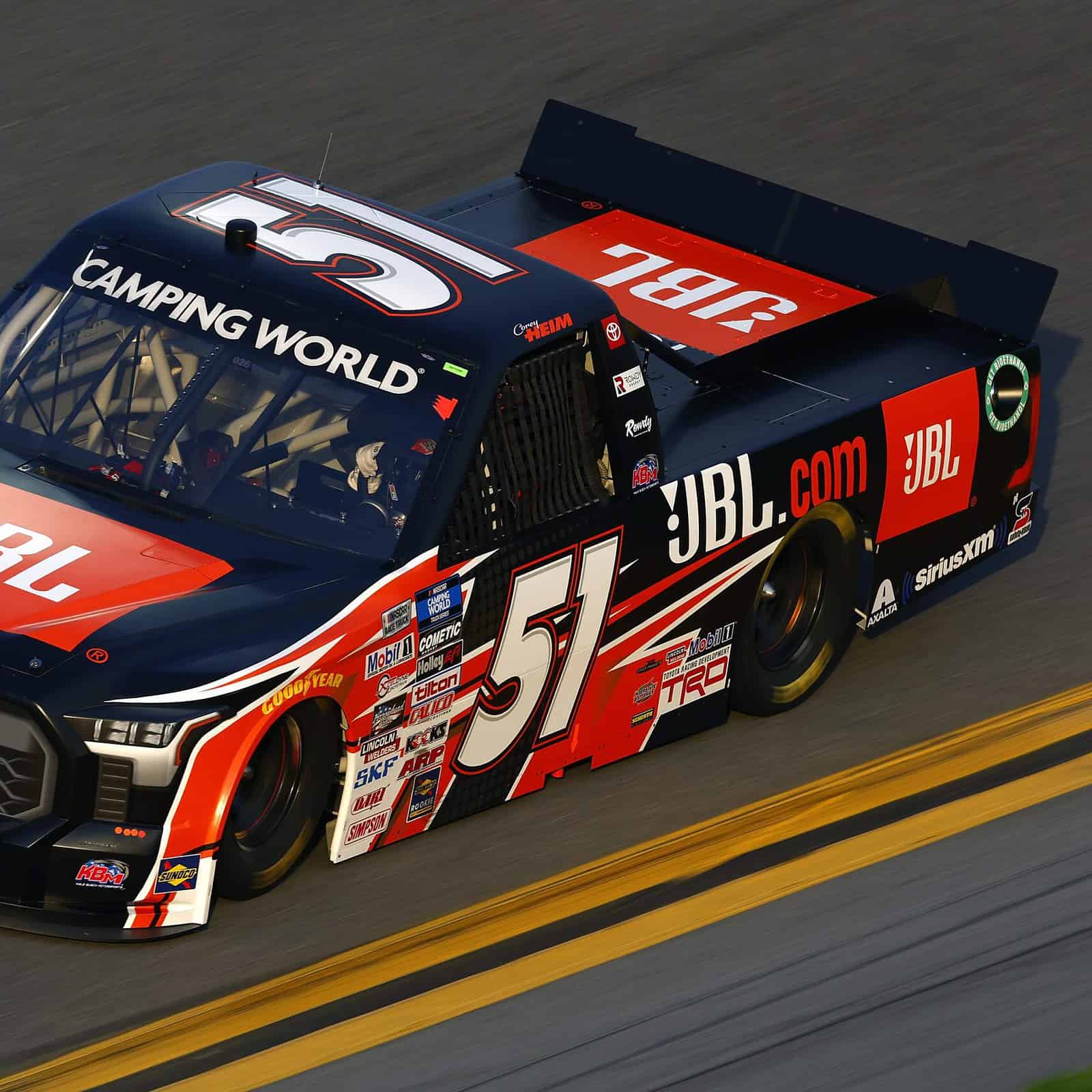 The NASCAR Camping World Truck Series was the first to put Atlanta Motor Speedway’s third-generation configuration through its paces Saturday (March 19) and it came down to last lap dramatics, but it was Marietta native Corey Heim that picked up the win, his first in the series.

Stewart Friesen started on the front row and led all 30 laps of stage 1 before settling for sixth, while John Hunter Nemechek took the second stage in hopes of righting the ship of his 2022 season.

However, late race issues for Nemechek ended his hopes for victory, relegating him to a 24th-place finish. But that didn’t preclude him from helping teammate Heim to victory on his home track, beating out fellow Georgia driver Chandler Smith, who finished fourth.

“I thought we could get the win, I really did …” Chandler Smith said post-race. “If not John Hunter, I don’t know who was gonna make those moves. Really happy for Corey on his first win.”

But not everyone was in on Nemechek’s gambit. Radio traffic between Freisen and his team with five to go saw the No. 4’s move as potential team orders with Freisen commenting, “What is the 4 doing?”

Next up for the Truck Series: a trip to the diabolical Circuit of the Americas in Austin on Saturday, March 26 for the XPEL 225. FS1 will have TV coverage starting at 1 p.m. ET/noon CT.