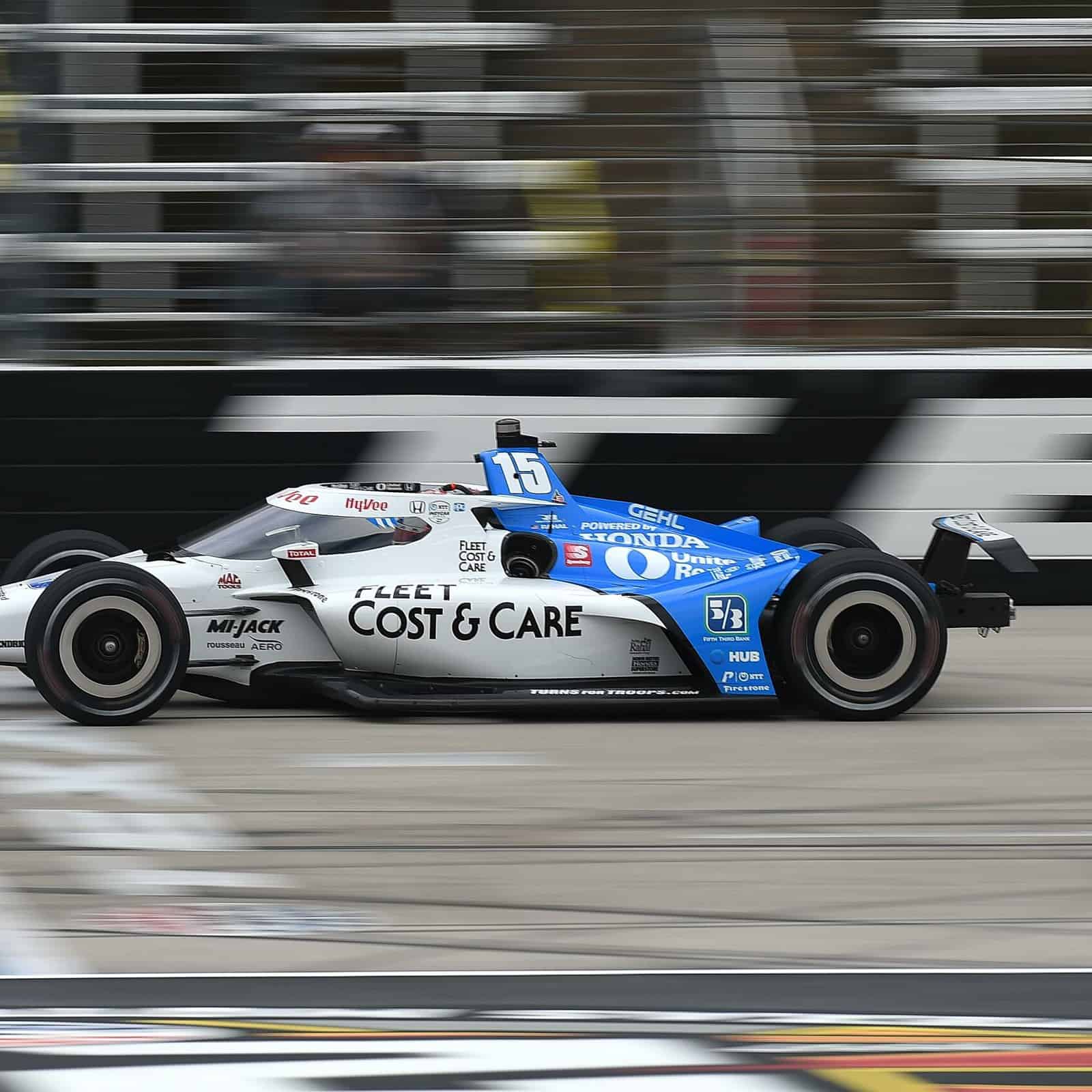 As Graham Rahal goes 215 mph around Texas Motor Speedway, the No. 15 Rahal Letterman Lanigan Racing Honda goes into turns 1 and 2 hoping that the car will stay as close to top speed as possible before going onto the backstretch and then towards turns 3 and 4 to complete a fast lap.

While it should be easy to go through turns 3 and 4 flat out, the other half of Texas is another story since its re-profiling in late 2016. The first and second turn banking decreased from 24 degrees to 20 degrees, which resulted in the track width increasing. However, that change in banking resulted in drivers having to roll off the throttle a bit in the race and it gave the engineers more work to do so that the cars would work well on both sides of the speedway.

Allen McDonald is tasked as Rahal’s race engineer to help make the best setup possible for the Ohio native. Having worked with Tony Kanaan, Mark Blundell, James Hinchcliffe and Dario Franchitti among others through the years, McDonald now works with Ohio’s favorite son and will have some extra tools this year to help make the 2016 Texas winner’s car go even faster around the second longest oval on the current IndyCar calendar.

For 2022, INDYCAR has allowed the teams to run additional aerodynamic devices on the cars to increase downforce. On the leading edge of the underwing there are a couple of turning vanes that help direct the airflow under and around the car that teams ran during last year’s Indianapolis 500 that weren’t allowed at Texas. Teams are also allowed to run a sidewall on the left and right edges of the diffuser to help increase underwing downforce as well, which should help drivers be able to follow one another.

However, with how different the corners are at Texas, drivers will have to face different handling extremes at each end of the track.

The issue in [turns] one and two is more often than not fighting an understeering balance, but in [turns] three and four, it’s kind of fighting a loose balance,” McDonald said. “It’s trying to find the sort of decent compromise between those, and those two balances become more pronounced when you start to get into traffic.”

Traffic will be a great equalizer at Texas, and over the last couple of years the traffic situation has gotten even more critical. NASCAR had Texas dump a traction compound onto the upper groove of the track. Despite scraping that compound off of the track, the upper groove on both sides of the track is stained, and the darker groove means higher track temperatures and that means less grip.

Nobody goes into the high groove at Texas on purpose, but INDYCAR may require drivers to lay some rubber down in the higher groove during one of the practice sessions on Saturday. It may help, but there are no guarantees.

Laying down rubber in another portion of the track and having multi-groove racing may also bring another variable into the mix at Texas in having varying degrees of tire life. Tire degradation is huge at this track, so much so that cars at the end of their stints are sitting ducks for anybody that has pitted recently. Of course, pitting early is a risk in case a yellow flag comes out, but a driver has an opportunity to gain a lot of time by pitting early for new tires if the pit cycle stays green throughout, but it’s all a balancing act.

“It’s possible for some people, in a similar way to Indianapolis in a way, to run a little bit trimmed (out) and try to get away, but then risk having higher tire degradation,” McDonald said. “There’s going to be some people who are going to [have] more downforce trying to look after their tires, not necessarily ultimately the fastest, but maybe the best over a long run.”