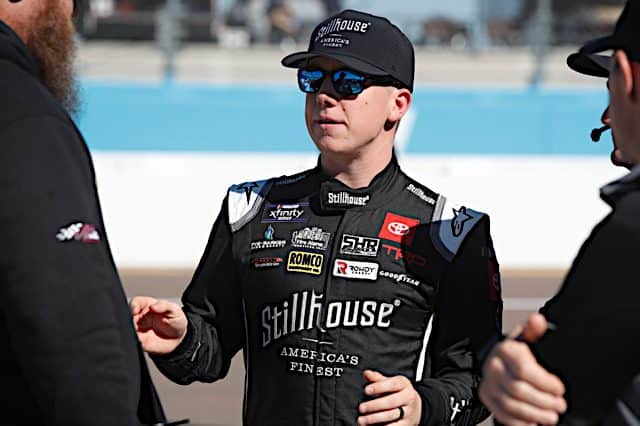 John Hunter Nemechek will compete in a limited NASCAR Xfinity Series schedule 2022 while driving the No. 18 Toyota Supra for Joe Gibbs Racing, the team announced March 15.

The effort will have partners Safeway, ACME and ROMCO on board the Toyota for the events.

“I am really excited to have this opportunity to race again in JGR’s Xfinity Series program after the success we had last season,” Nemechek said in a team release. “We were able to pick up a win in just three starts and hopefully we can add to that success this season. I am also looking forward to working with crew chief Jason Ratcliff, who has found victory lane with a lot of different drivers over the years.”

Nemechek has 58 career starts in the Xfinity Series which includes two wins, one of which came with in the No. 54 JGR Toyota in 2021 at Texas.

In 2022, the 24-year-old has two starts in the series with Sam Hunt Racing, which includes a fifth-place finish at Phoenix Raceway, while also running full-time in the NASCAR Camping World Truck Series for Kyle Busch Motorsports.