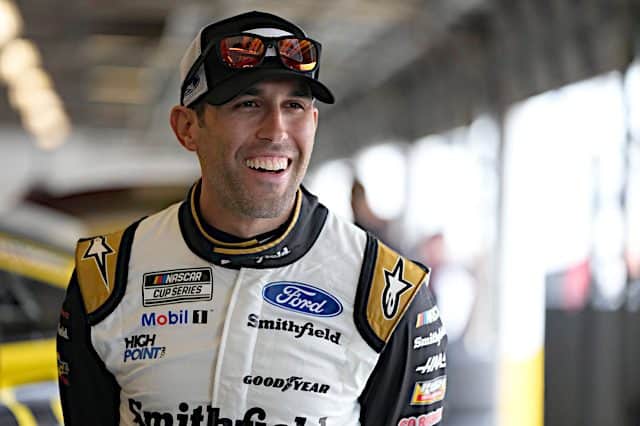 The NASCAR Cup Series’ Auto Club Speedway race tied a track record with 12 cautions as the Next Gen proved tough for drivers to control. Are more crashes a good or bad thing for the sport?

Trenton Worsham: More wrecks would make the top drivers look like amateurs. However, a display of how tough the cars are to drive and handle is great, because it highlights how good these drivers are.

John Willoughby: I’m a firm believer that a race is only as good as its challenges. What is a challenge without its obstacles? I wouldn’t buy a ticket to that show. While a good race shouldn’t solely relay on how many cautions fly, it is certainly a byproduct that is often guaranteed.

Luken Glover: The amount of cautions alone shouldn’t determine how good or bad a race is. I’ve seen good races with few cautions and bad races with several yellows. However, what we just witnessed at Auto Club was good for the sport. It shows the challenge of these new cars, plus the fact that it came on a bigger track like Auto Club. There was good racing, attrition and drivers certainly weren’t easing their way around. It has been years since I’ve seen cars spin out on their own without mechanical issues, which proves how talented these drivers are.

Aaron Bearden: The volume of crashes is a tricky metric by which to measure an event’s success, because there are many variables that factor into each of them and the outcome they have on the race. I generally believe the quality of crashes to be more important than the quantity. That Auto Club’s crashes were a sign of a challenging car forcing competitors to drive on the edge was a positive. There is a law of diminishing returns with these, though — many more late crashes and the race could have gotten sloppy and dragged on like Saturday’s NASCAR Xfinity Series race.

Michael Nebbia: More cautions are good for the sport. They bring more excitement especially in the later stages of a race and bring more fans into races. But this season with limited supplies and cars, it’s more of a double-edged sword. Yeah, you want more fans to come in to see what the Next Gen cars can do, but you also want to keep the supplies for the teams as fully stocked as you can.

Mike Neff: It depends on the crashes. No one wants to see wrecks where people are being injured. Cars losing control because they are on the edge or spinning due to racing contact are both certainly good things. After years of cars that were all but incapable of spinning, this car is refreshing.

Aric Almirola is the only driver to score top-10 finishes in both races this season; are you sold on him as a potential title contender?

Glover:  Aric Almirola has more motivation than maybe ever before to capture a strong season with this being his final full-time season. However, it is too early to mark him as a title contender. Almirola has feasted off of other drivers’ problems thus far, which can work to his benefit in numerous ways. At the same time, consistency is key, and that is something I’ll be watching for from him over the next few weeks.

Bearden:  I’m pumping the brakes on Almirola as a title contender. He’s a veteran driver that’s capable of a strong drive and even a win on his best day, but there’s nothing historically to show that his last Cup season will be the time he rises into the pantheon of genuine title contenders. Let’s see him lead some laps and get a few top fives before we make any Championship 4 considerations.

Willoughby: Almirola has had his share of struggles, but he has shown what he is capable of, especially at superspeedways — such as his Cup wins at Daytona International Speedway in 2014 and Talladega Superspeedway in 2018, and let’s not forget his last-minute miss when wrecked by Austin Dillon in the 2018 Daytona 500). With this his last full-time season in the Cup Series, we’re liable to see a fire in Almirola we have seen before.

Nebbia: Almirola’s had good runs so far, but by no means is he a title contender yet. If he continues this stretch of top fives and 10s once Cup gets out of the West Coast swing and to tracks like Atlanta Motor Speedway and Circuit of the Americas, I might be sold on him as a contender.

Worsham: Time will tell, but the short answer is no. Several top drivers and great cars have been taken out of both races opening the door for Almirola to crawl into those finishes.

After Tyler Reddick knocked on the door at Auto Club only to come up short, will he be Cup’s next first-time winner? If not him, who?

Nebbia: Tyler Reddick showed that he has the talent to win or contend at the intermediate tracks, which make up about 60% of NASCAR’s schedule. He just needs to be there at the right time. He might be the next first time winner in the Cup Series, but if not him, it might be Chase Briscoe, as he came close to winning last year at the Indianapolis Motor Speedway road course, only to be vanquished by a late-race penalty.

Bearden:  Reddick is my choice. He’s a solid driver whose abilities appear to have been emphasized with the new car and prevalence of the outside lane at Auto Club. But Daniel Suarez also came a couple laps from a victory in the same race, so who knows?

Neff: He certainly looks like the driver who is closest. His team always seems to come up just short of putting together a complete race. Only then will they spray champagne. If he doesn’t, it will most likely be Briscoe.

Willoughby: With three top fives and 16 top 10s (a record in his three-year Cup career thus far), Reddick was runner-up in the spring Homestead-Miami Speedway race and in the fall playoff race at Charlotte Motor Speedway ROVAL last year. After his strong performance at Auto Club, I’d place money on Reddick winning his way into the 2022 NASCAR playoffs.

Glover: It’s not a matter of if but when Reddick will win this season. His talent and style appear to fit the Next Gen car, and it showed at Auto Club. If he can close races out, there is no reason why he can’t win multiple races this season. While the Trackhouse Racing Team drivers like Suarez and Ross Chastain will have opportunities, Reddick will be the next first-time winner. It could happen as soon as this weekend at Las Vegas Motor Speedway.

Kyle Busch notwithstanding, NASCAR Cup stars have backed off dipping into the Xfinity and Camping World Truck series as of late. But will Cole Custer’s Auto Club win after a year of struggles in Cup restart that trend?

Neff: I don’t know that Cole Custer‘s victory is the impetus, but you will see more. It is purely an experience thing. There are a bunch of drivers at the Cup level who don’t have a ton of experience. It has consistently shown that drivers putting in laps in the support series helps at the top level. As a result, there will be quite a few double dippers this year

Willoughby: The five-race eligibility limit imposed by NASCAR on Cup drivers made a majority of Sunday stars shy away from competing on a regular basis. The days of Denny Hamlin, Kevin Harvick and others veteran drivers who make splashes the day before the Cup race are long gone. Don’t be surprised if we see one-off entries from top stars occasionally, but don’t hold your breath on seeing more of a presence from the top dogs.

Nebbia: Custer has the talent, he just hasn’t had the luck to be there at the right time to get the wins in Cup. His win in the Xfinity Series at Auto Club might reboot that trend, but not to the extent that Kyle Busch had it by any means.

Glover: We will see flash appearances from drivers this season, but with the rules and challenge of focusing on the Next Gen car, I don’t see a weekly return to that. If Team Penske fields a car, you will see some Ford Cup drivers dip down. There is more of a benefit to it than given credit for, and the opportunity to get track time is valuable, no matter the difference in the car. However, the five-race limit regulates how much of that we will see.

Bearden: I assume most Cup deals in the lower levels to be tied to business as much as any winning ambitions. It’s a less-enticing sell to sponsors with the limited starts allowed in this era, but if teams have the means to field Cup drivers and have the chance to benefit financially from doing so, there’s no reason to think more of them won’t dip down over the course of the regular season.

I’m a big SHR fan, and I like Almirola, but to answer the question in a word, no.