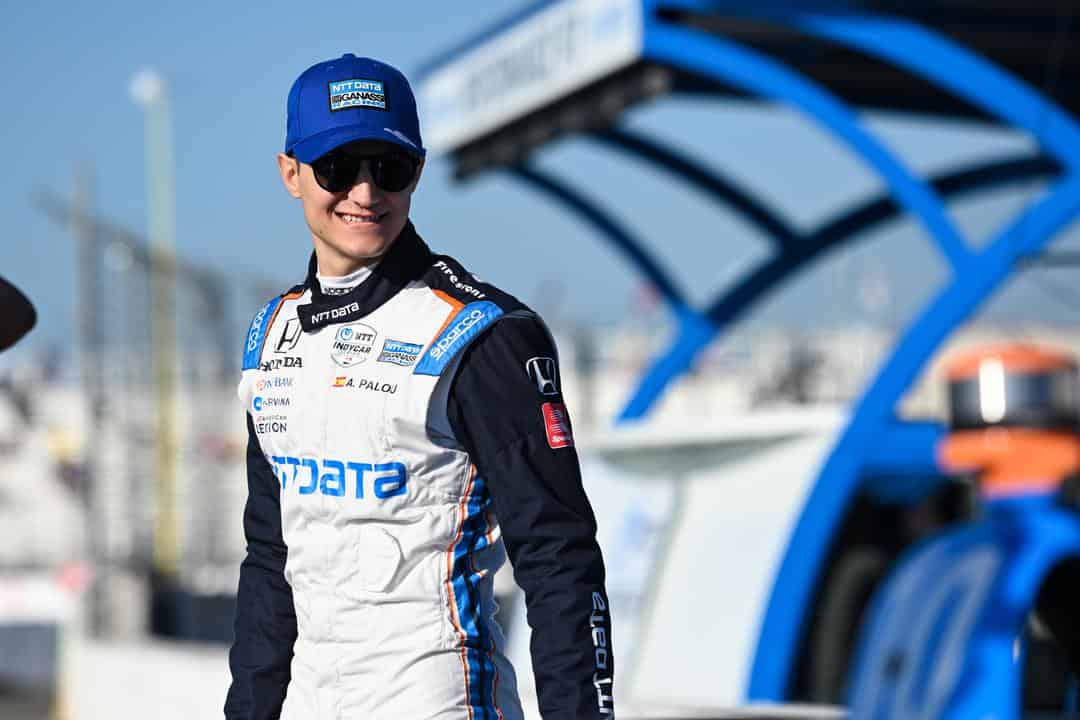 ST. PETERSBURG, Fla. — Alex Palou was frustrated after finishing 17th at St. Petersburg in 2021. A 15 position improvement over last year’s performance was a big positive for the Chip Ganassi Racing team. However, the Spaniard was only .5095 seconds short of claiming victory on the streets of St. Petersburg from Scott McLaughlin in the first race of the 2022 NTT IndyCar Series season.

Palou started 10th in his No. 10 Honda and moved up to sixth place by the time the race’s only full course yellow came out on lap 24 for David Malukas‘s wall contact outside of turn 3.

After pitting under caution and restarting 14th, Palou climbed his way to the lead on lap 64 as the drivers that committed to a three stop strategy made their second pit stops. After Palou made his final stop on lap 65 and dropped to fourth, the chase was on with McLaughlin who was also on a two-stop strategy.

Ahead of both were Scott Dixon and Pato O’Ward with one more pit stop to make. Once O’Ward pitted on lap 73 and Dixon pitted on lap 79, the battle was on between McLaughlin and Palou. Palou was under a second from McLaughlin’s rear wing nearly every lap of the final 14 laps of the race, but Palou couldn’t push as hard as he wanted to because he was driving to the same fuel number McLaughlin was.

“It’s a bit frustrating but it’s not frustrating too much,” Palou said. “There was one time where [McLaughlin] just pulled a gap of like three seconds and I was like, ‘Oh man, I’m pushing,’ and I didn’t have anything. But I was saving fuel, he was not at that moment, and at the end, yeah, I was trying, and I was able to stay there.

“But the places where he and the car was good, it was the places that avoided him to have any issues on overtaking spots. Yeah, a bit frustrating to be that close, but still, solid result.”

Palou’s result comes after a crash in Saturday’s early practice session and a qualifying session where no Chip Ganassi Racing cars advanced to the final round of qualifying. It’s very reminiscent of his performance last year at the Indianapolis 500 when after a qualifying crash, Palou still managed to finish second with a car that might not have been perfect on the right side.

Either way, it was a race where the defending champion maximized every opportunity possible to get points for the championship, even if there was some difficulty.

“It was a great day,” Palou said. “We know that not every day it’s going to be like today, but hopefully we’ll have also easier weekends.”