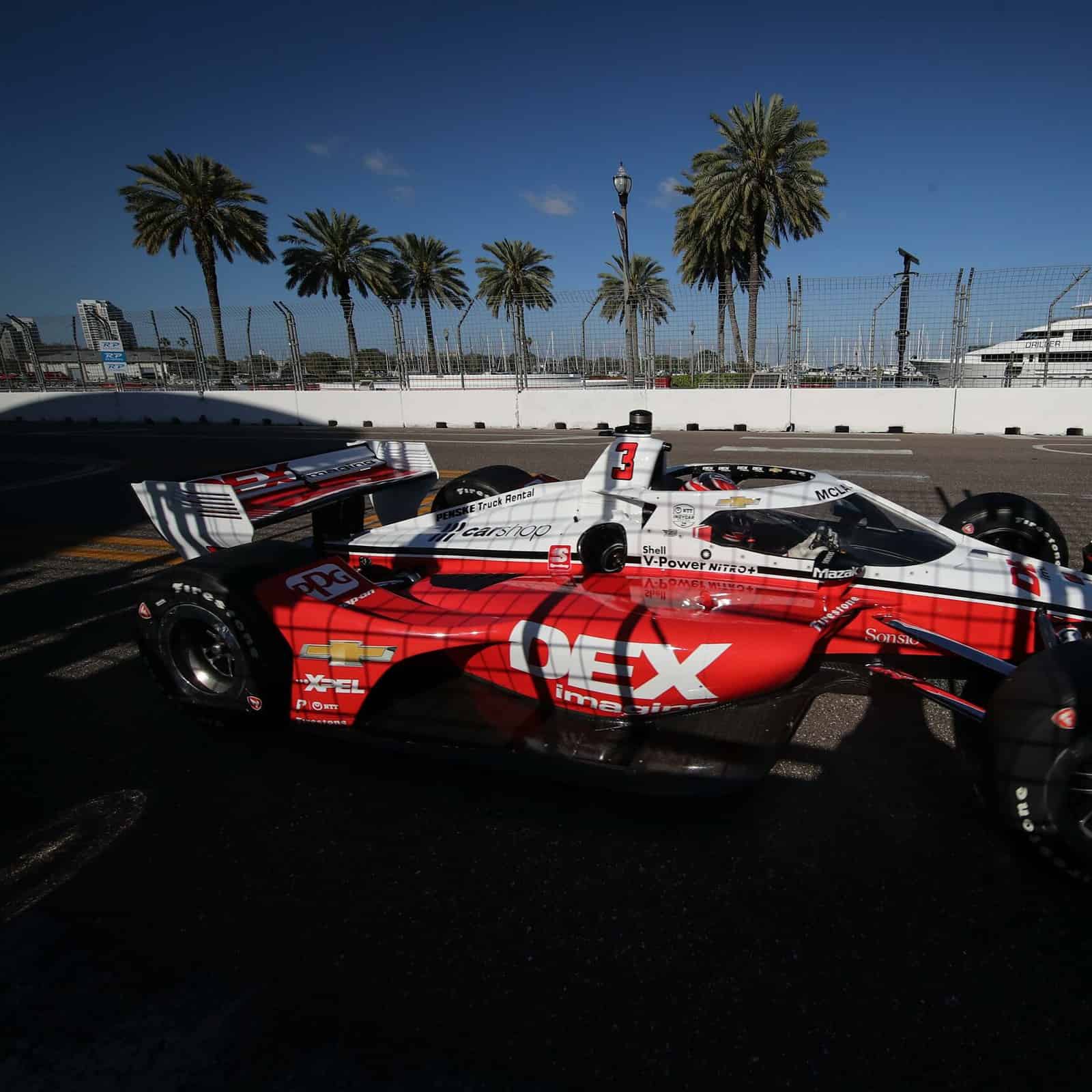 ST. PETERSBURG, Fla.– Scott McLaughlin turned the first sub-one minute lap in St. Petersburg history with a fast lap of 59.734 seconds in the final practice before qualifying for Sunday’s (Feb. 27) Firestone Grand Prix of St. Petersburg. As the session wound down, there was action aplenty.

The session’s first red flag came with just under 28 minutes remaining in the session as Jack Harvey hit the inside wall going through turn 9, throwing him into the outside wall on the exit of the right-hander. His No. 45 Rahal Letterman Lanigan Honda has to be quickly repaired ahead of qualifying at 12:30.

However, there were two incidents that brought out another red flag a few minutes later as Jimmie Johnson, Romain Grosjean and Takuma Sato were all stopped or slow on course.

As a group of drivers slowed for turn 10, Grosjean came upon the slowed group of cars and ran into the back of Sato’s No. 51 Honda. Sato’s car stopped with gearbox and rear wing damage while Grosjean continued to the pit lane with front wing damage.

At the same time, Johnson spun exiting turn 8, barely clipping the wall on drivers’ right with the left front wing endplate as he then faced the wrong direction. After a red flag to clear all cars, the session resumed but would have one more red flag within the final 10 minutes after defending series champion Alex Palou hit the wall in the same place Harvey did, ending the No. 10 Honda’s session.

After allowing all competitors one more opportunity to set a fast lap, the session ended with McLaughlin on top.