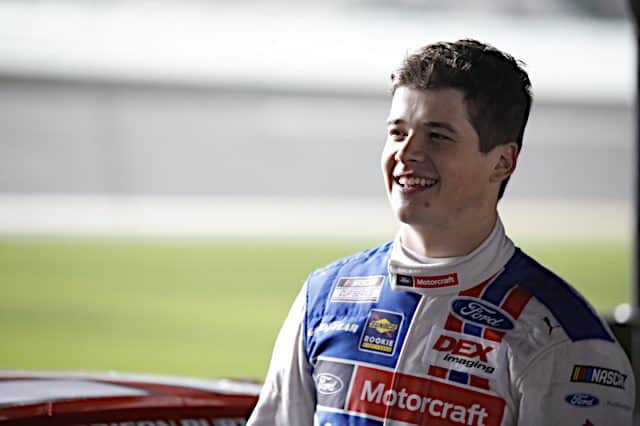 Team Penske and Stewart-Haas Racing ran most of Daytona 500 final practice Saturday (Feb. 19) with all their cars on track. But it was rookie Harrison Burton from Wood Brothers Racing that set the fastest lap, posting the top speed with less than 10 minutes left in a quiet session.

Most drivers who were out on track practiced entering and exiting pit road, one-lap shakedowns and generally ensured all their equipment was set for Sunday’s race. Jacques Villeneuve had the only major incident; his Team Hezeberg No. 27 will undergo an engine change after discovering their powerplant was sour when firing up the car. Villeneuve was already starting shotgun on the field (40th).

Now, the task at hand for the Cup Series is the 64th running of the Daytona 500, scheduled for Sunday at 2:30 p.m. ET with TV coverage provided by FOX. Barring any last-minute issues, Larson and Bowman should start on the front row with Roush Fenway Keselowski Racing teammates Brad Keselowski and Chris Buescher making up row two.

As for Burton? The last time someone made their second Cup Series start in the 500, it was Trevor Bayne in 2011. That day, Bayne won driving that No. 21 Ford for the Woods. We’ll see if history repeats itself.