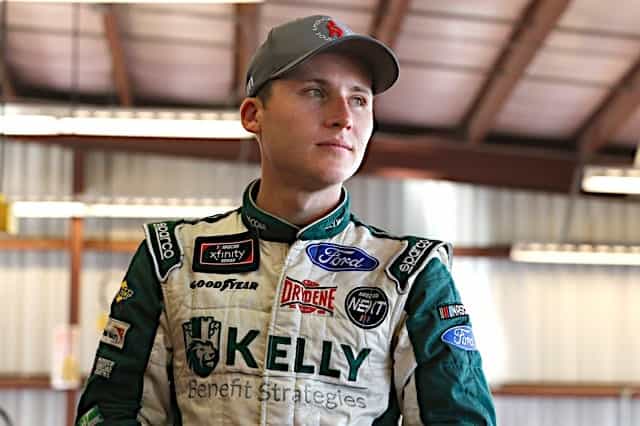 Rodgers will first run in Xfinity at Auto Club Speedway; Kelly Benefits will adorn the car.

Additionally, he’ll race in the Truck and NXS events at Circuit of the Americas and the Truck race at Sonoma Raceway.

“I’m thankful for the opportunity to work with Josh Reaume and plan select races early in 2022,” Rodgers said in a team release. “With a mix of ovals and road courses, this could be a significant development experience for both the team and me. Although my original plans for this year have been altered, having races to build off of for the future is all I could ask for, and I plan to help maximize our efforts as a team. It’s a blessing to have my long-time sponsor, Kelly Benefits, ride on board with us at Fontana and possibly other races later in the year. This group has been with me through thick and thin, but they continue to believe in our potential together, and I’m proud to call them family. I’m very much looking forward to our runs at COTA (Truck & Xfinity) and Sonoma (Truck) later this season. It will be great to race again at some of my most successful race tracks.”

The Hawaii native ran in two Truck races last season, including the season finale at Phoenix Raceway. He also has seven starts in Xfinity, earning his best finish of 12th at Mid-Ohio Sports Car Course in 2019. Last year he competed in three NXS events for Sam Hunt Racing.

Natalie Decker is also set to race for RBR in several Xfinity races this year. Thad Moffitt and Chris Hacker joined the team in the Truck Series part time.