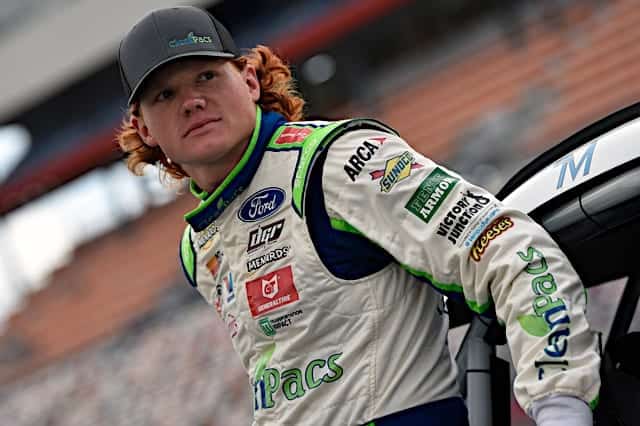 Moffitt will qualify the No. 43, with sponsorship from STP, to commemorate the 30th anniversary of his grandfather Richard Petty’s Fan Appreciation Tour.

For the No. 43 effort, GMS partners with Reaume Brothers Racing, which fields the Nos. 33 and 34 in the series.

Daytona is the first of a multi-race schedule for Moffitt, though the other events were not announced.

“I am super excited to make my NASCAR Camping World Truck Series debut at Daytona in the No. 43 Reaume Brothers Racing Chevrolet with team support from GMS Racing,” Moffitt said in a team release. Daytona is a track that has a lot of family history, and having STP onboard makes it that much more special. It truly is an honor to run the iconic STP branding on my Silverado along with my fire suit, and I am hoping to represent their longtime support of my family in a great way.”

“I am thrilled to be able to partner with GMS and have their support; they are an extremely strong and highly respected organization that I have a great relationship with,” RBR owner Josh Reaume added. “Everyone at Reaume Brothers Racing is excited to work with Thad and have him make his Truck debut with us. Lastly, it’s an honor to play a role in helping continue the Petty family racing tradition. Thad is a very talented young driver, and it will be fun to watch him grow and see where his career takes him.”

According to the release, Moffitt will also compete in the ARCA Menards Series in 2022.

Moffitt is the second RBR-affiliated driver to be announced for Daytona. Jason White will also return to the team for the season-opening event.