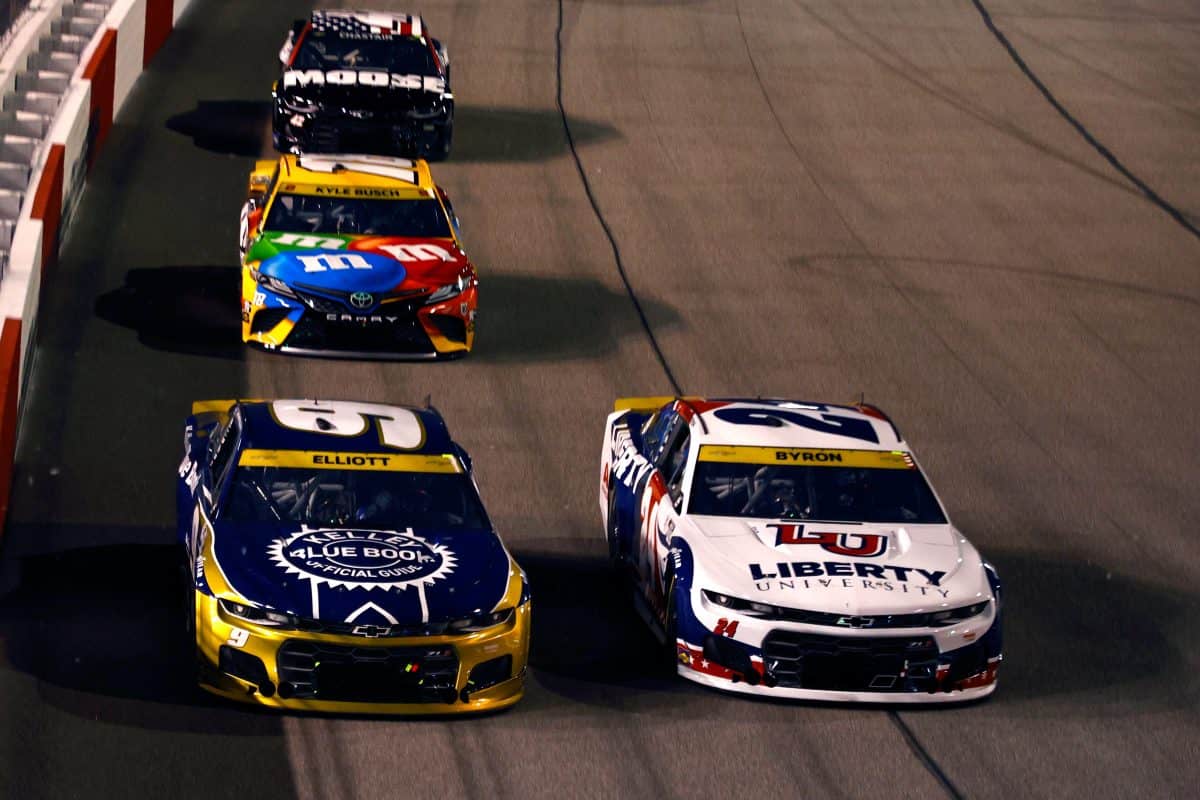 Editor’s Note: This article on the NASCAR 2022 schedule is posted in collaboration with an outside sponsorship client. The opinions and information contained within do not necessarily represent Frontstretch and its staff.

As the NASCAR 2021 season has concluded, with the Cup Series championship decided after the Season Finale 500 at Phoenix Raceway, the offseason is officially upon us. With the NASCAR 2022 schedule released earlier this summer, talk of next year’s championship is already underway.

The Daytona 500, per usual, will start the season on Feb. 20 and anticipation for this great race, billed as NASCAR’s Super Bowl, is already starting to build.

Just because there’s a Next Gen car doesn’t mean the sport’s playoffs will change. Like in past years, there will be a 26-race regular season schedule with a 10-race, multi-round postseason format to follow. The elimination system always generates plenty of high drama, and the quest to make the Round of 16 in September 2022 will soon begin in earnest.

There will be the typical flag-to-flag television coverage of the NASCAR Cup Series from February all the way through to November of next year. But with the 2022 schedule finalized, we also know which networks will be showing the best that American auto racing has to offer.

A total of 19 NASCAR Cup Series races will air on FOX and NBC throughout the season. This announcement brings a substantial shift toward national over-the-air networks, the first time there’s more broadcast coverage of the schedule than cable since 2009.

It’s something that can only be good news for the NASCAR power brokers. With viewing figures plummeting over the past few years, stock car racing has struggled to stay in the limelight like it did before.

One of the reasons viewing figures have decreased, however, is due to more races being hidden away on cable. With many American viewers going through the process of cord-cutting in recent times, it has meant NASCAR has not been a part of their weekend viewing plans.

Now, though, with more races being shown on traditional network television, it will put NASCAR back in millions more homes and a greater potential audience. It provides an opportunity to turbocharge viewing figures considerably.

Not only that, but more viewers from a television point of view should also convert to far greater interest from a betting standpoint. That should mean increased business for major sites such as Bovada sportsbook and its counterparts.

There is no doubt even though NASCAR figures may have fallen since the championship’s golden era, those who are still hardcore fans of the sport are also partial to testing their betting acumen on race day. The proliferation of American sportsbooks in the past decade has tied in neatly with what happens on the track and there is a feeling that this already symbiotic relationship will only develop further in 2022.

As for the split in terms of television coverage for next year, the 19 broadcast races will see FOX come out on top by 10 to nine and their schedule will get underway with the aforementioned Daytona 500 in February.

From there, eight of the next nine races will be shown on the network before NBC will eventually pick up the baton in June. The first of their nine broadcast network races – one more than last year – will be the Ally 400 at Nashville Superspeedway.

Most important of all, though is the fact that the start times have been pushed back to the afternoon. That should benefit those who have struggled to catch any of the high-octane action in the past year or so.

On the announcement of the 2022 schedule, Brian Herbst (NASCAR’s Senior Vice President) had this to say.

“Working with the broadcast partners, tracks, teams and industry stakeholders, we will be able to deliver the best racing in the world to an even broader audience in 2022. Based on data and fan feedback from the past several years, shifting afternoon start times back allows more of our fans — whether at home or at the track — to take in NASCAR racing on Sundays. In addition, airing the most Cup Series races on broadcast in more than a decade is consistent with our strategy of distributing our content to as many fans as possible during key moments in the season.”

It’s a statement that certainly suggests that Herbst and his colleagues have listened to previous concerns and, in doing so, have cultivated a far greater NASCAR package for next year. It’s a greater amount of national television coverage that will also include the sport’s Xfinity Series and Camping World Truck Series.

In regard to Xfinity, five races will be covered by the FOX network and their quintet of feeder class clashes begins at Talladega Superspeedway on April 23. NBC will also show four races from this particular division, including three playoff races.

The Camping World Truck Series, meanwhile will be solely televised on FOX Sports 1 next year. Among the 23 races being shown, they have announced that as many as 16 will be shown during primetime. It’s a shift that NASCAR hopes will give the division a substantial boost for 2022.