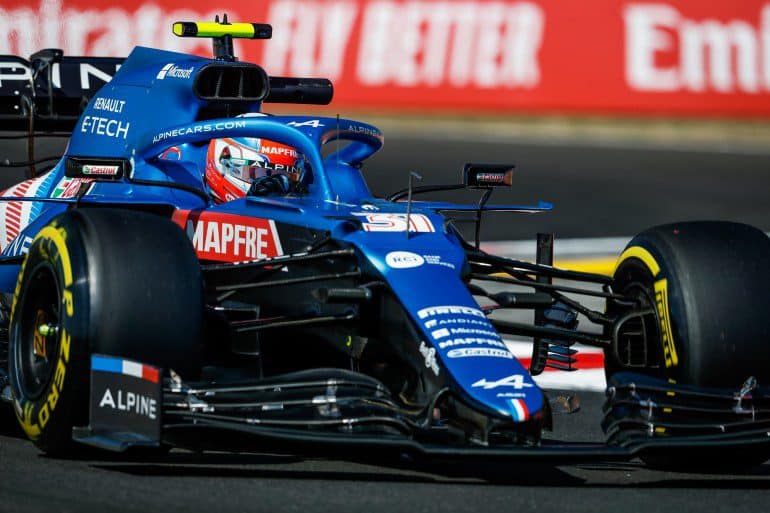 There are five races to go in the 2021 Formula 1 season, and the gap between Max Verstappen and Lewis Hamilton at the top of the driver’s championship is a mere 12 points.

Despite Verstappen leading and winning almost twice as many races as Hamilton so far, it seems that everything is still to play for, a scenario heightened by the fact that two of the remaining tracks will be brand new for the series.

First up is the Qatar Grand Prix, which effectively replaces this year’s Australian Grand Prix and will be run at Losail International Circuit on Nov. 21.

While Losail is already an established FIA Grade 1 track, F1 will also travel to Saudi Arabia for the country’s first grand prix, which will be run around a street circuit in the city of Jeddah.

However, a screenshot of an Instagram story posted to Reddit shows that the circuit might not be ready just yet for a group of 20 race cars to blitz around at full speed. The photo, from the Instagram account of motorsports journalist Rosanna Tennant, shows what is supposed to be the start line for the race that will take place in just five weeks, but instead depicts an unfinished skeleton of a building, presumably the garages and Paddock Club, next to rough pavement.

Five weeks will hopefully be enough time for the buildings and track to be completed, and F1 will likely ensure that there are no slip-ups in what is expected to be a new, oil money-funded crown jewel in the F1 calendar for years to come. However, with the track being paved so soon before the event, the asphalt will probably not have time to cure, meaning there will still be oils in the tarmac that will rise to the surface, creating slippery conditions.

Similar circumstances were seen at last year’s Portuguese and Turkish grands prix. Both produced fantastic races, so the low-grip situation could create an unpredictable and exciting event in Saudi Arabia. However, since the Jeddah track is a street circuit, errors caused by the greasy track surface could mean an absurd amount of safety cars. While safety cars have the potential to shake things up, a high number of them could also create a bit of a long, dull affair for fans. That is, if the track gets finished in time.

On the note of track surfaces, Alpine driver Esteban Ocon has called out the Circuit of the Americas, which hosted last weekend’s United States Grand Prix, for its unforgiving tarmac. In an interview with Crash.net, Ocon called out the circuit’s numerous bumps.

“I think they are on the limit for reliability,” he explained. “I think a little bit more if we come back next year and it has a step in that direction, I think the cars will really start to face issues.”

The issues appear at high speeds, when the cars begin to bottom out.

“When you go slow it’s not a big problem, but once you go fast it’s big hits on the floor and on the suspension,” Ocon said.

Mercedes team principal Toto Wolff even admitted that the team had to modify its cars “in order to survive the race.” Other teams had no such concerns, however, with Crash.net quoting Haas team boss Gunther Steiner and McLaren’s Andreas Seidl as saying they faced no issues with the bumps.

It is not yet clear how serious the issue is, with some teams seemingly affected more than others, but the cars certainly were bottoming out in many sections of the track, with high amounts of sparks flying out from underneath. It could be down to differences in the cars or the fuel loads that the teams were running, but it is something F1 should look into before the sport returns to COTA next year. A high-speed suspension failure could mean a scary crash, and there have been too many cases in the past of F1 not acting on a safety measure until someone gets hurt.

Switching gears, it appears that the deal that would have seen Michael Andretti buying a majority share in Alfa Romeo Sauber has fallen through. Rumors had been swirling that the American motorsports mogul — and former F1 driver — was planning to take over the Swiss-based team, with some even claiming that IndyCar driver Colton Herta, who currently races for Andretti Autosport, would get the remaining Alfa Romeo F1 seat. But after reports that the deal was delayed as Andretti gathered the necessary funds, it seems that the purchase will not be happening after all.

The slip-up appears to have happened after Andretti and Sauber agreed on a price, but Sauber then asked for an additional $50 million a year for five years, to be paid upfront. Michael Andretti and Andretti Autosport are certainly not poor, but the cost of buying the F1 team was likely already significantly higher than its NTT IndyCar Series budget, so adding even more expenses on top of that was probably an immediate nail in the coffin.

With Herta now out of the running for the second Alfa Romeo seat, it’s anyone’s guess who might fill it. Alpine junior driver Guanyu Zhou, who currently drives in Formula 2, is rumored to be in the running, and a strong string of races could help current Alfa Romeo driver Antonio Giovinazzi stick around.