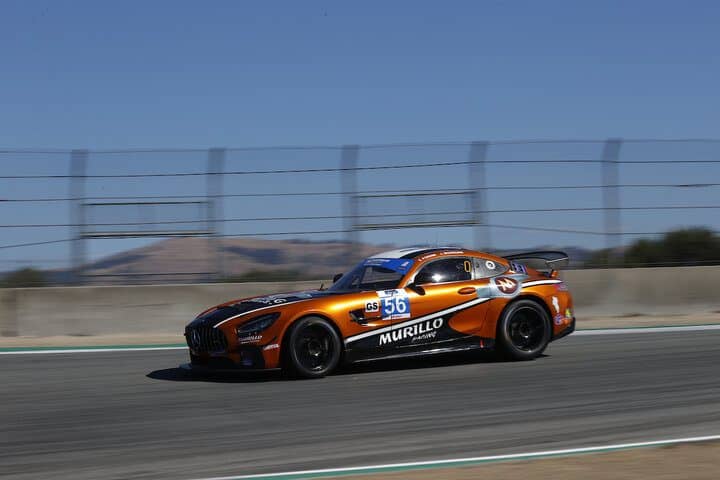 For Sunday’s IMSA Michelin Pilot Challenge Virginia Is For Racing Lovers Grand Prix, there are 34 cars entered in the two classes.  There are a couple of new teams on the grid as well.

In Grand Sport (GT4), there are 20 teams entered.  Likely the biggest absence of the bunch are the two HTP Winward Motorsport Mercedes.  The team hasn’t given official reasoning, but they are likely preparing for next weekend’s Indianapolis 8 Hour, where they will have a GT3 Pro entry.  It is a shame knowing that these two entries finished second and third last month at WeatherTech Raceway Laguna Seca.

Murillo Racing has tapped Kenny Murillo, son of team owner Ken Murillo, to share the No. 56 Mercedes-AMG GT4 this weekend in place of Jeff Mosing.  Mosing recently suffered a broken foot in what has been described as a “freak accident.”

In TCR, there are 14 teams entered.  There is one team making their series debut this weekend.  New German Performance will field an Audi RS3 LMS Club Sport with the DSG transmission for Britt Casey Jr. and Tristan Herbert.  Casey drove in the Grand Sport class part-time last season for McCann Racing.  Herbert started out the year racing full-time in IMSA Prototype Challenge alongside Jarret Andretti.  When Andretti Autosport chose to move up to the IMSA WeatherTech SportsCar Championship’s LMP3 class, Herbert was left without a ride.  Last year, he raced in TC America competition.

Rockwell Autosport Development is back with their Audi for their third race of the year.  Alex and Eric Rockwell will drive.

Atlanta Speedwerks will field only one Honda Civic Type-R TCR this weekend.  That car will be shared by Ryan Eversley and Brian Henderson.

The Virginia Is For Racing Lovers Grand Prix is scheduled to go green at 2:10 p.m. ET Sunday afternoon.  Coverage of the event will be streamed live on NBC Sports’ TrackPass starting at 2 p.m.