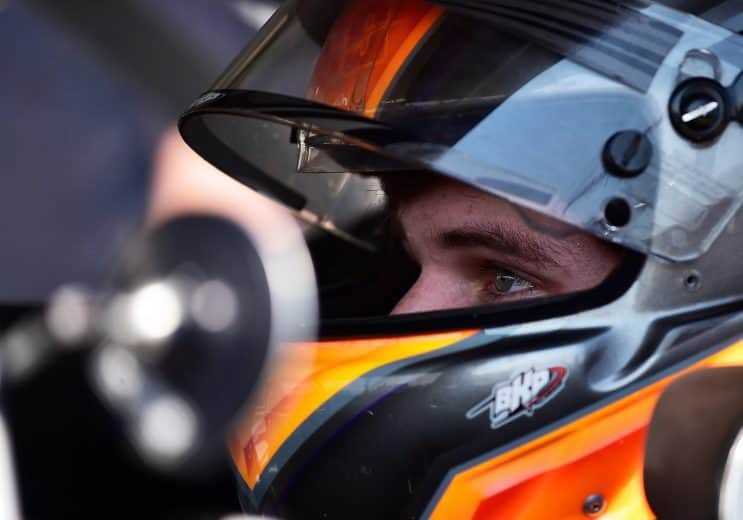 Lewis finished seventh in his series debut this year at the Illinois State Fairgrounds.

Lewis was 0.113 seconds faster than Ryan Unzicker. Unzicker will start second in his ninth appearance at DuQuoin, where he already has two top fives and six top-10 finishes. Unzicker earned his first ARCA victory in the 2020 race at the Springfield Mile.

Corey Heim rolls off third. He won the dirt race at the Springfield Mile earlier this season.

Points leader Ty Gibbs, who won the series’ most recent race at the Milwaukee Mile, starts fourth in his first time at DuQuoin.

In his first ARCA start since the 2019 DuQuoin race, Ken Schrader will start fifth. He has won at DuQuoin three times in this series.

Will Kimmel, Taylor Gray, Toni Breidinger, D.L. Wilson, and Zachary Tinkle round out the top-10 starters.

Jesse Love posted the fastest time in the DuQuoin practice session, but neither he nor Kelly Kovski completed their qualifying lap, so they will start at the rear of the field.

The Southern Illinois 100 is slated to begin tonight at 9 p.m. ET with TV coverage provided by MAVTV and available on TrackPass on NBC Sports Gold.