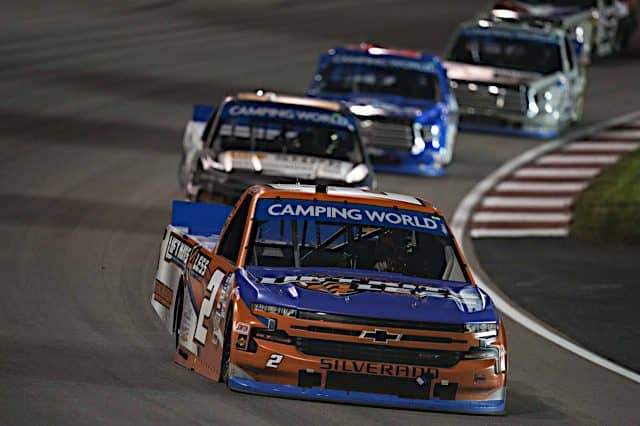 The NASCAR Camping World Truck Series was running its first race of the playoffs at World Wide Technology Raceway at Gateway Friday night, Aug. 20, when Sheldon Creed went lights out — literally — as the power went out at the track while he was in the lead.

About 66 total laps were completed before the red flag was brought out due to the darkness, and the pace car brought the trucks down pit road.

Chris Blair, Gateway president and general manager, tweeted that there was a fire that took out a transformer, causing power to go out in the area.

“Ameren has a crew here at the track that are making repairs,” he said.

A fire in Fairmont City took out a transformer. That resulted in a loss of power in the area.

Ameren has a crew here at the track that are making repairs.

Creed has led about 39 circuits so far. His GMS racing teammate Zane Smith was marked second, Stewart Friesen is third, Ben Rhodes is fourth and Ty Majeski currently rounds out the top five.