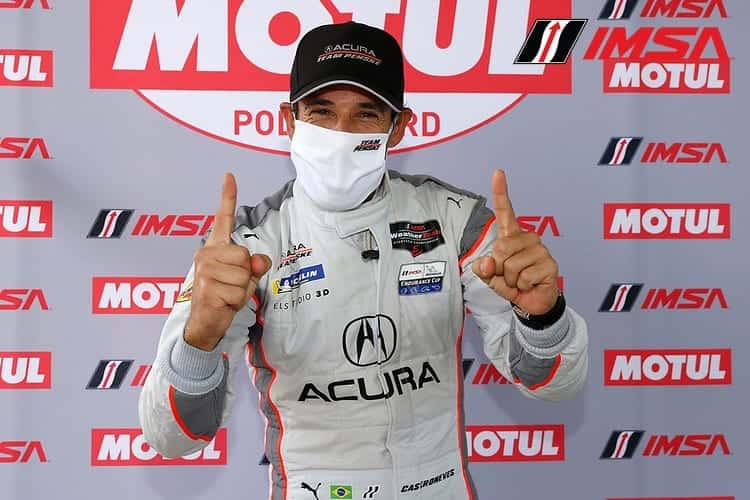 Helio Castroneves will be back full time in the NTT IndyCar Series in 2022 with Meyer Shank Racing, the team announced July 22.

He will drive the No. 06 AutoNation/Sirius XM Honda.

“I am thrilled to get the chance to go for a fifth Indianapolis 500 win and so excited to fight for the INDYCAR championship again with a full season of races next year with Meyer Shank Racing,” Castroneves said in a team release. “Mike (Shank) and Jim (Meyer) have developed some incredible sponsorships with AutoNation and SiriusXM, and having that support is critical.

“I have been missing racing in IndyCar full time so much. So I cannot wait to get a head start on next year with some strong races to finish this season.”

“I am very excited to have Helio onboard for the 2022 season, and I think there will be a lot of excitement around our second driver when we make that announcement, as well,” team co-owner Mike Shank added.

Castroneves won the 2021 Indianapolis 500 at Indianapolis Motor Speedway for his fourth win in that race and the first IndyCar victory for the team.

The No. 60 Indy Car will have a new driver in 2022 but we look forward to finishing the season off strong with @jack_harvey42 #DriveForFive // #DrivePink pic.twitter.com/7SPLxtRjtz

Castroneves is a 25-time winner in IndyCar and is running a part-time slate with the team this year. In addition to competing in the Indy 500, he will race at the Streets of Nashville, the Indianapolis Motor Speedway road course, Portland International Raceway, WeatherTech Raceway Laguna Seca and the season finale at the Long Beach Street Circuit.

The team also announced it will field a second full-time entry next year, though it will move on from its current driver, Jack Harvey.

Change is inevitable and I’m so thankful for my time @MeyerShankRac. Can’t wait to tell you all about my plans for the future.

The 28-year-old Harvey has made 43 starts with one podium finish, a third-place finish in the 2019 IndyCar Grand Prix at the Indianapolis road course.