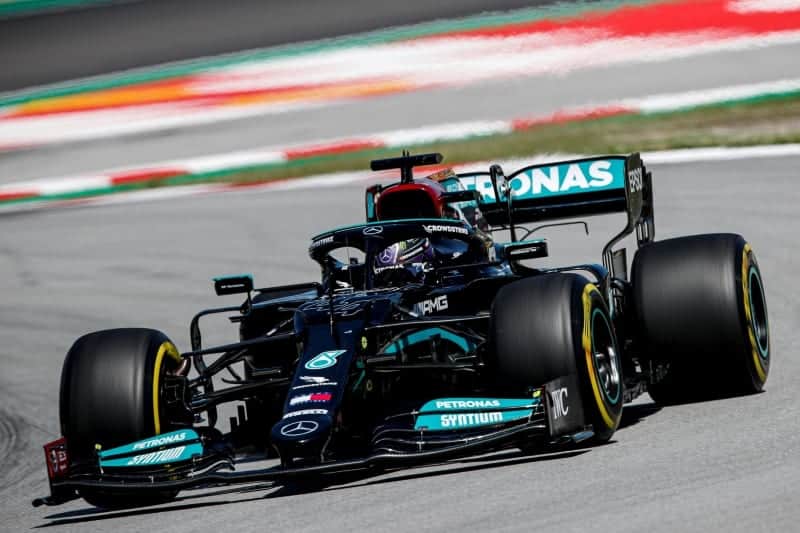 Lewis Hamilton laid down the fastest lap on Friday (July 16) in the third qualifying round to take the pole in Formula 1’s first ever sprint race at Silverstone.

The Mercedes driver went 1 minute, 26.134 seconds around the circuit, edging out Max Verstappen by less than a tenth of a second in the final round. Hamilton’s teammate Valtteri Bottas will start third in the sprint race after going 1 minute, 26.328 seconds behind Hamilton and Verstappen.

In Q1, Verstappen put down a 1 minute, 26.751 seconds lap time, narrowly edging out Hamilton for the top spot. Leclerc was also quick during this round, going 1 minute, 27.051 seconds in a single lap. Yuki Tsunoda, Kimi Raikkonen, Nicholas Latifi, Mick Schumacher and Nikita Mazepin were all knocked out in the first round.

Q2 saw Hamilton and Verstappen jumping ahead of each other, with Hamilton ultimately coming out on top with a 1 minute, 26.023 seconds lap time. Verstappen was just under three-tenths of a second behind Hamilton, while Bottas was third quickest. On the other end of the spectrum, Fernando Alonso just missed out on making the final round by 0.025 seconds in his Alpine car. Also eliminated from Q2 were Pierre Gasly, Esteban Ocon, Antonio Giovinazzi and Lance Stroll.

In the third session the top 10 drivers attempted to make quick laps in hopes to get a good starting position for tomorrow’s sprint race. Verstappen noted his car had some understeer during his runs and later said “a bit of a weird feeling” contributed to him staying in second behind Hamilton. Bottas remained in third with Leclerc close behind in fourth. The hometown crowd cheered for Williams’ Russell, who made his second-straight Q3 appearance and ultimately qualified eighth for the sprint.

“We’ve been missing this for a whole year,” Hamilton said after the session. “I’ve lost my voice a little bit. I’m so grateful to see everyone here; we’ve missed you for a whole year, so to come to the Silverstone Grand Prix and have a full crowd like this, you see the energy and when I was coming into it, I was hopeful that with the great work we’ve done together in the team, plus the energy of the fans, it would get us there. This is down to the fans I think.”