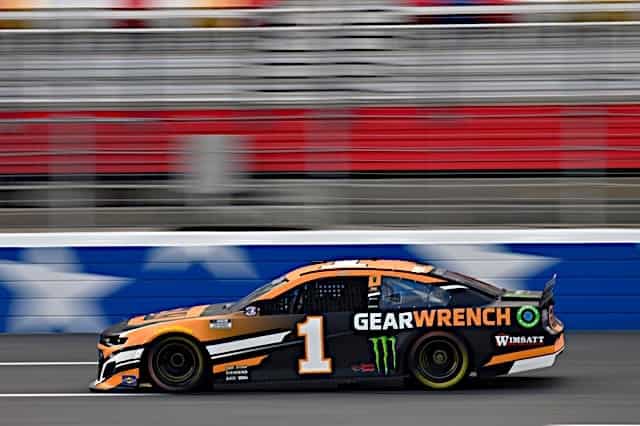 Sibling rivalry took place as Kurt Busch beat his younger brother Kyle Busch with a speed of 108.875 mph while Kyle Busch had a pace of 108.658 mph. Austin Cindric for Team Penske was third fastest and his teammate Ryan Blaney was fourth. Rounding out the top five was Tyler Reddick.

Despite Kyle Busch’s speed, he will have to resort to a backup car for the race due to spinning and wrecking his Joe Gibbs Racing Toyota into the wall off turn 11 with the left side of his car. He will have to start the race from the rear and make his way to the front regardless of qualifying results.

Ryan Preece will join Kyle Busch in the rear as he messed up his splitter during the session and will have to go to a backup car as well.